The last Year of Boris

It's almost one year that Grat Britain economically said farewell to the EU. Shelves are empty and the road long to an independent trading nation. What are the odds that Johnson will not finish 2022 as Prime Minister?

Like an irony of history also Donald Trump feels the effects of the Brexit. The former President of the US much cheered and defended the British EU-exit. Now also his posh golf hotel Trump Turnberry in Scotland is suffering. The annual report seems to be a summary of the Brexit worries: labour shortage due to missing EU-employees, instead higher costs due to rising customs and transport charges. 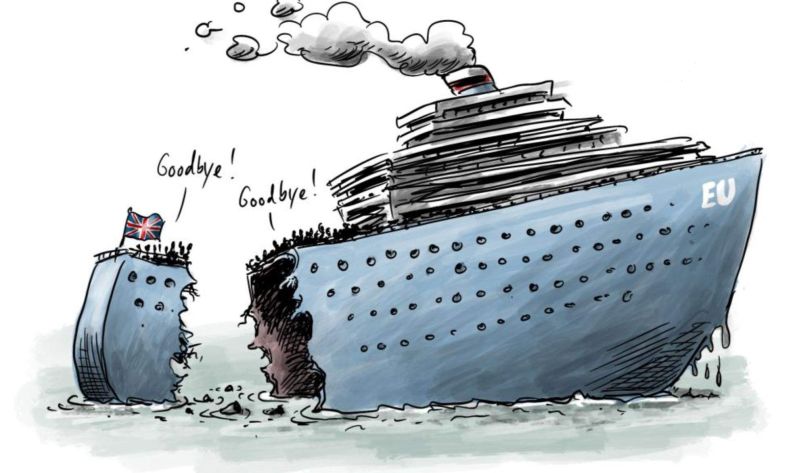 Ten thousands of EU-citizens are waiting for their residence permit and that are just the problems of many companies, European and British, one year after Great Britain also economically cut the connection to the EU on 01.01.2021. More expensive in every way: Hardly a day passes without one branch publicizing its Brexit-trouble. First of all it is noticed in the British job market. There are more than one million vacancies.

All which makes Finance Minister Rishi Sunak jubilate gives trouble at super markets, filling stations, and farms. Due to cheap labour from EU-countries like Poland, Romania, or Lithuania staying away - since the Brexit high charges for work visa are due - truckers are missing now - shelves and fuel pumps at times were empty, there were no supplies. Pig farmers had to kill thousands of healthy animals because too few butchers were working at the slaughterhouses. According to estimations, 200,000 EU-citizens left for good. Now, in January 2022, the situation will tighten further because more transitions periods will expire: British importers now have to present without delay customs declarations with certificates of origin of the goods and pay the duties. Otherwise the goods will not be delivered. From July 2022 Great Britain will also check on health certificates on foodstuff, animal products, and plants.

To fill gaps, the Government again and again hand out exception permits for any number of occupational groups. The word "Brexit" however seems to be indexed in Downing Street. Boris Johnson and his cabinet permanently deny that the problems are caused by the EU-exit. Instead they harp on Great Britain being hit by the pandemic effects like many other countries. Ulrich Hoppe, Head of the German-British Chamber of Commerce in London, states that the Government takes no interest in accounting for the Brexit.

Economy is suffering but on the population each positive news if foisted as result of the Brexit and the freedom from the regulation frame work of the EU. As matter of fact there is much to be discussed. Bilateral trade with the EU has collapsed since long. Thinktank Center for European Reform calculated that British merchandise trade by October 2021 was by 15.7 per cent or 12.6 billion lb (almost 15 billion Euro) lower than it would have been in case of Great Britain remaining in the EU-Single Market and the Customs Union. This does effect the economic power. The Office for Budget Responsibility (OBR) concludes that the EU-exit will reduce the gross domestic output (GDO) by 4 per cent.

According to AHK-Head Hoppe this can be broken down into the fact that every Briton has to work one year longer. Off the record, someone responsible in one of the important English ports said "The Brexit is a bloody nightmare".

One year of Brexit-reality left traces within the national economy. In January 2021 the transit period of the Brexit is finished. From now on Great Britain is treated by the EU as Third Country. In trade this resulted in more forms and border checks as well as labour shortage. Since last summer latest when the Britons had to queue for petrol at the filling stations and the shelves were poorly filled due to supply shortages the enthusiasm over the Brexit is clearly abating. The Prime Minister could not hold his promises. The renegotiations of technical details of the Northern Ireland Protocol proceed but slowly. Brexit-Minister Lord David Frost resigned just before Christmas. Since the Brexit-poll in 2016 Foreign Minister Liz Truss is by now the seventh person trying to get better conditions with the EU for trade between Great Britain and Northern Ireland. She has after all signed 70 trade agreements with former EU-trading partners. There were new negotiations for an agreement with Japan which however brought no advantage compared to the EU-agreements. Contracts with New Zealand and Australia will according to the UK Trade Policy Observatory on the long run contribute only marginally with 200 to 500 million lb to the economic power of the country but at the same time worry British farmers because of cheap lamb meat imports. Also due to this the Government make do with actions. Thus the traditional gauge Crown Stamp, forbidden by the EU, is due again. Equally the old weight units of pound and ounce as exclusive mark on foodstuff are permitted again. Looking across the border however, the red tape still complicates the cooperation. Foreign trade expert Lehnfeld states: "Mostly organizations and companies regard the EU-successors of EU REACH (UK REACH) and the CE-Sign (UKCA) as double burden because the EU remains an important market."

In October 2021 the EU announced measures by which the customs declarations for trade between Great Britain and the Province of Northern Ireland can be halved. In spite of a harsh tone in the beginning, Truss hinted that the British Government might be willing to compromise. According to reports of The Times, Johnson seems to recede from his maximum requirement, i.e. the European Court of Justice is not to get any influence in the interpretation of the Northern Ireland Protocol. So talks continue.

British households hardly notice that energy costs in Great Britain increase more than on the Continent because Great Britain no longer is a member of the EU-energy market and consequently cannot participate in the energy trade within the EU which frequently lowers the price.

At the same time the promise to come to grips with the refugees problem by controling the external borders could not be fulfilled. After hermetically blocking off the Chunnel the refugees came by sea. Even if the drama of the drowned people was in the headlines in November: Almost 30,000 refugees crossed the Channel with often well equipped rubber dinghies and in spite of large payments to France the British Government can hardly do anything about it. Actually Johnson changed the structure of the party supporting conservative hardliners which can be done easier outside the EU: The Immigration act was drastically tightened, asylum procedures impeded, the demonstration right limited, police power stretched. Next year it will be the task of Justice Minister Dominic Raab to cut Great Britain off the direct influence of the European Court of Justice. At the same time the freedom of press is restricted concerning publishing so called state secrets. Judges are warned that the Government is scheduling lawful regulations permitting them to "correct" politically unpleasant verdicts.

What about the Scots?

"The Brexit has completely changed the initial situation. In Scotland 68 per cent of the people voted to remain in the European Union. The Scots voted for cosmopolitanism while the English conservatives were singing "Rule Britannia", chanted "take back control" and told everyone that thanks to the Brexit every week 350 million lb would flow into the National Health System. All those were populist lies to humour right-wings and dunderheads", Moffat most clearly says.

He says that the Scots are not that gullible. They after all had been the first to find penicillin and invent the lightbulb. By no means he wishes to say that all Englishmen are dunderheads. His wife is English. It is however a fact that the majority of Scots (according to an actual survey exactly 51.3 per cent) feel like living in an English colony. 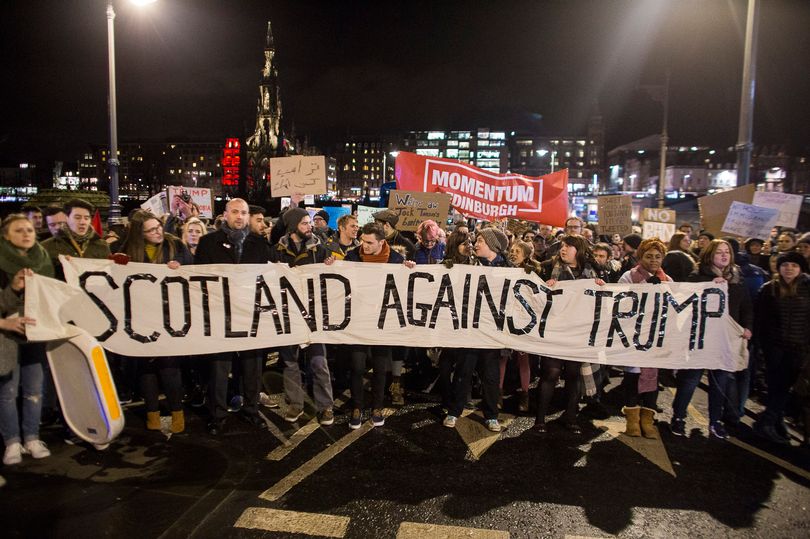