The 'Island of Columns'

A cable at the oar is ruptured – the start is delayed. 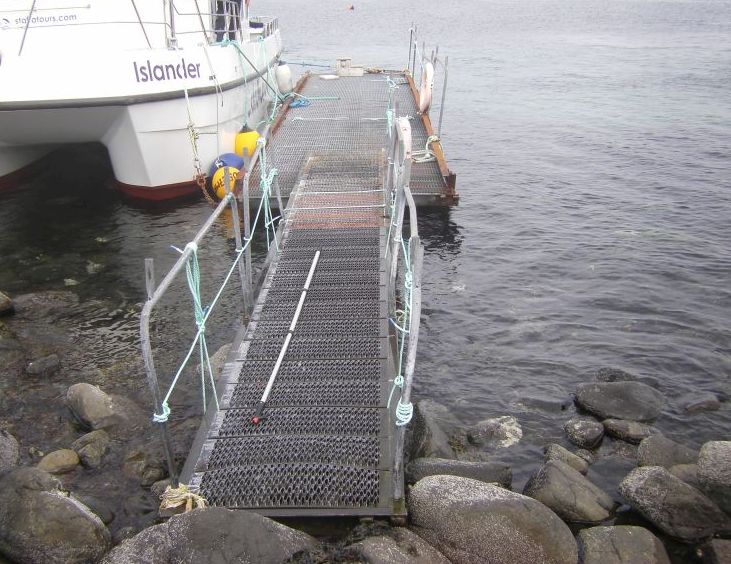 Somewhat whistfully we say farewell to Lunga and the cute puffins. 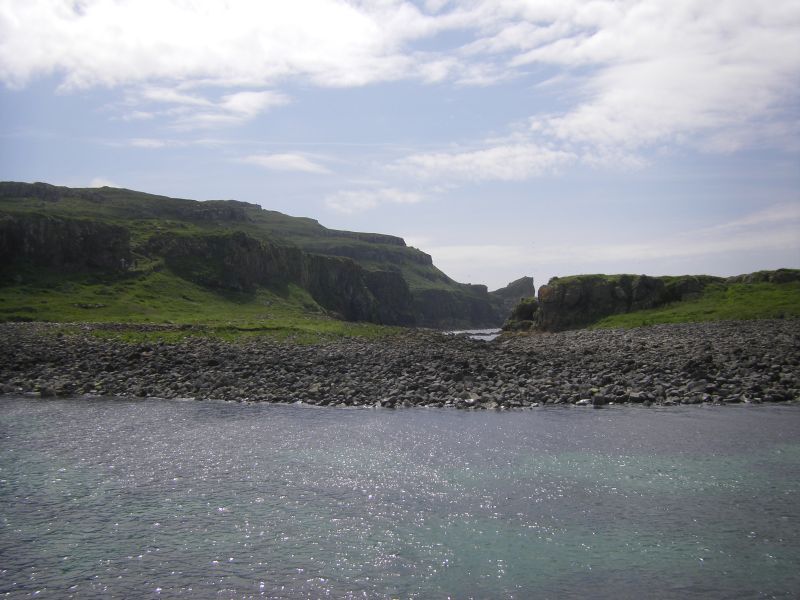 Soon Staffa comes into sight – the 'Island of Columns'. 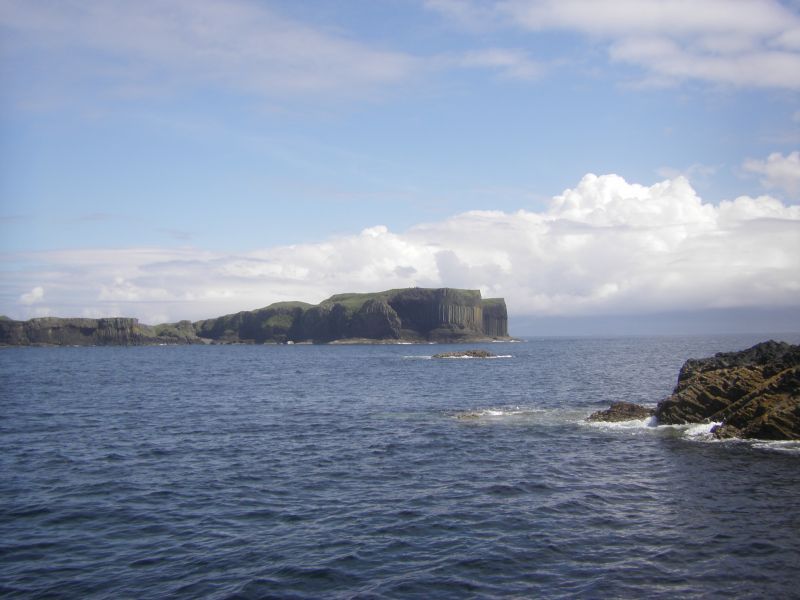 Here Mendelssohn-Bartholdy is said to have been inspired to his Hebrides-Overture... 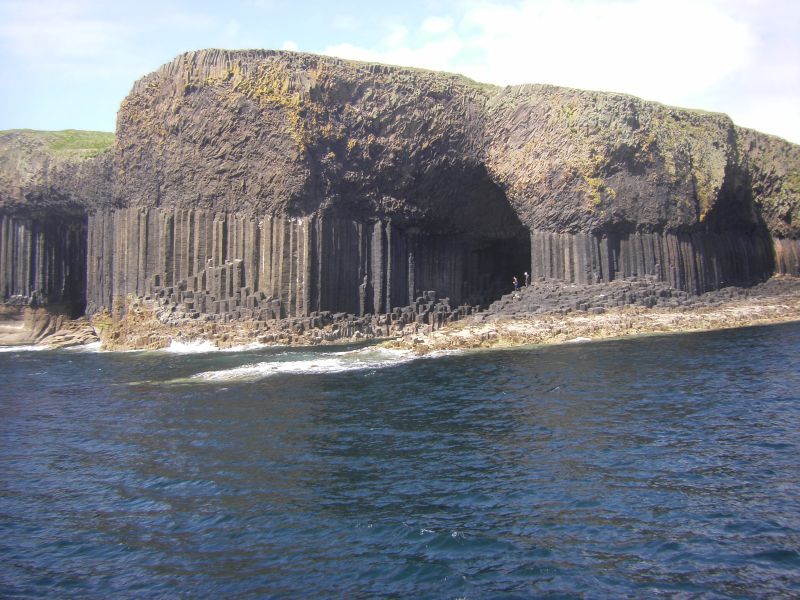 He especially had liked ‚Fingal's Cave'. We are waiting eagerly. 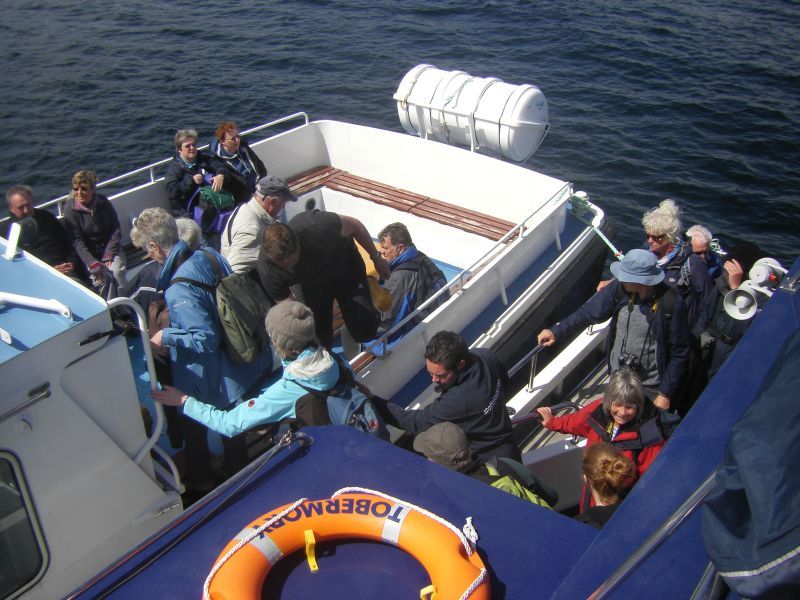 In the end we have to change the boat and the former one is sent to repair. 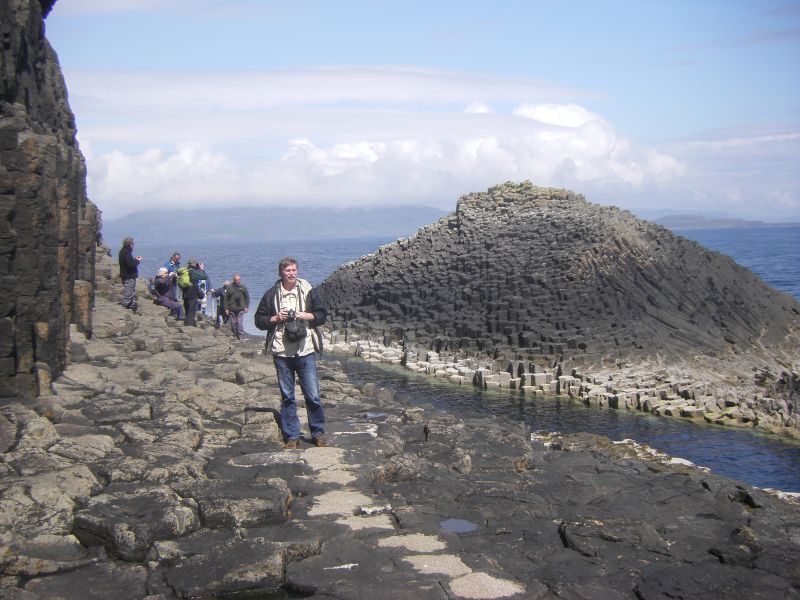 Fascinating – hexagonal basalt columns of solidified lava all over the place... 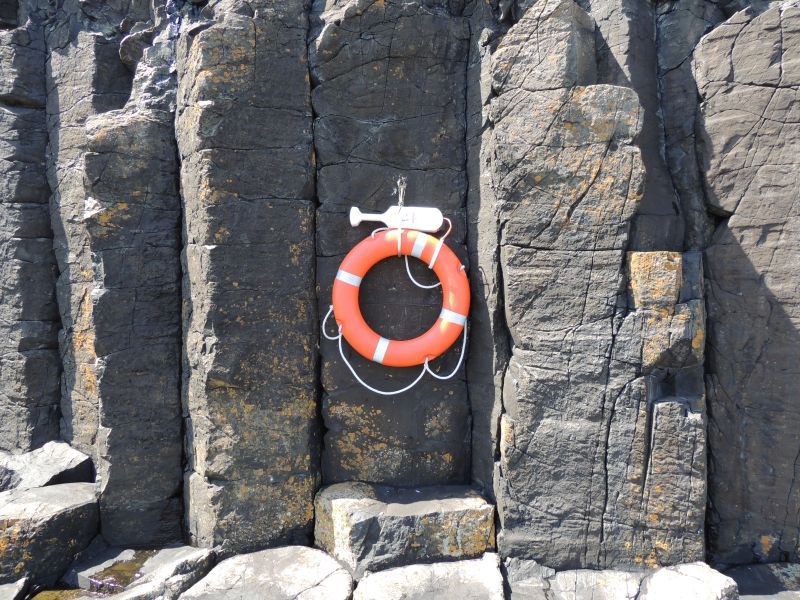 ...created by a gigantic subsurface explosion about 60 million years ago. 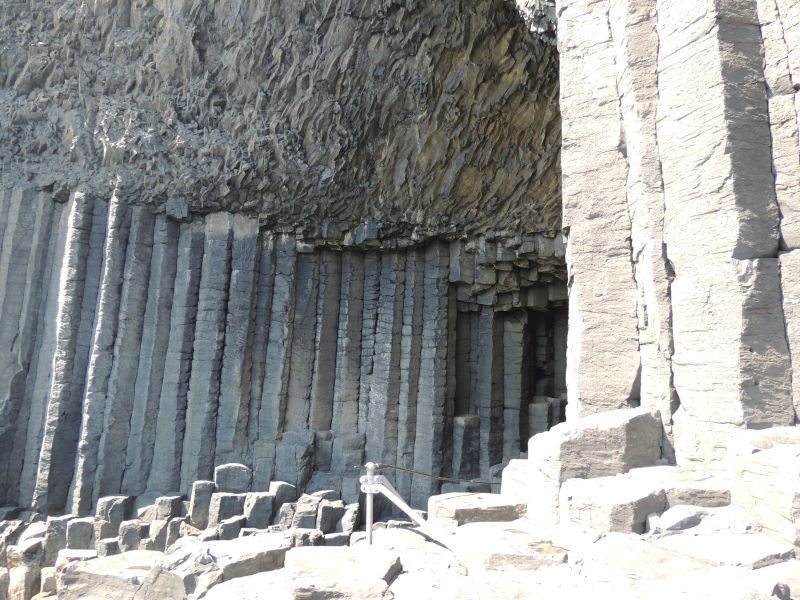 Also here puffins can be found, but first of all we are here because of ‚Fingal's Cave - 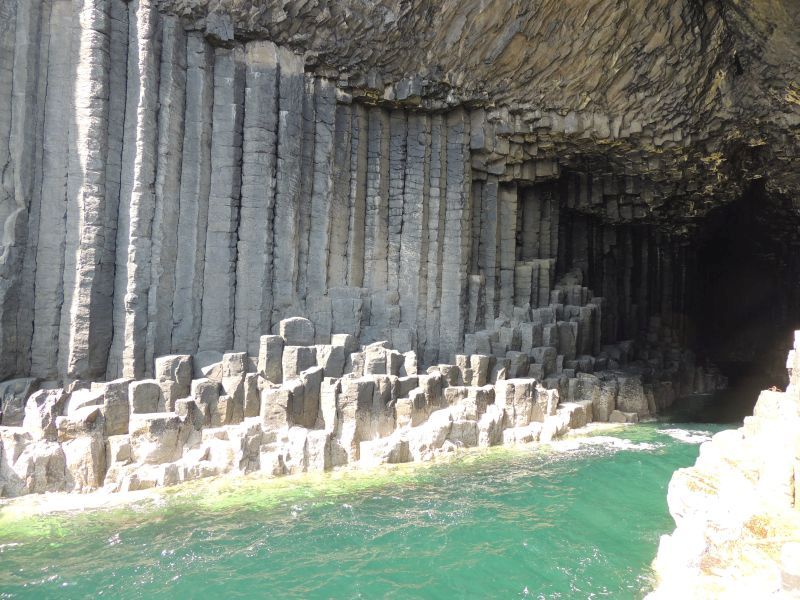 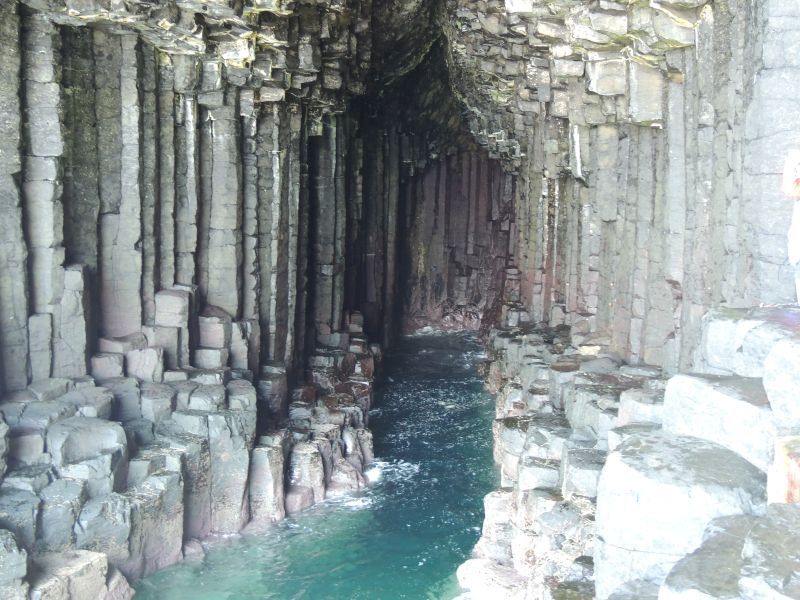 It is hardly credible that all this is natural. 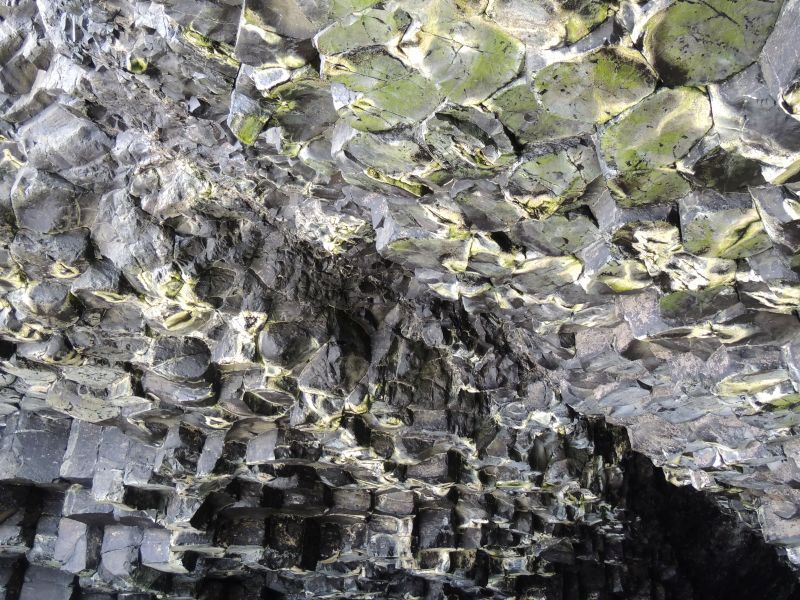 The ceiling, gleaming greenish, seems to be made of mirrors... 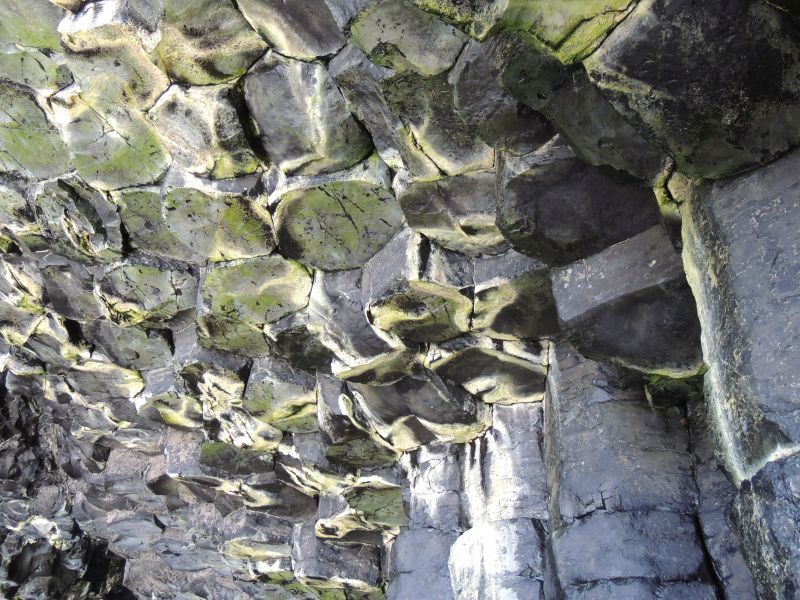 The cheerful boatman tells us that once a rich American made a present of this island... 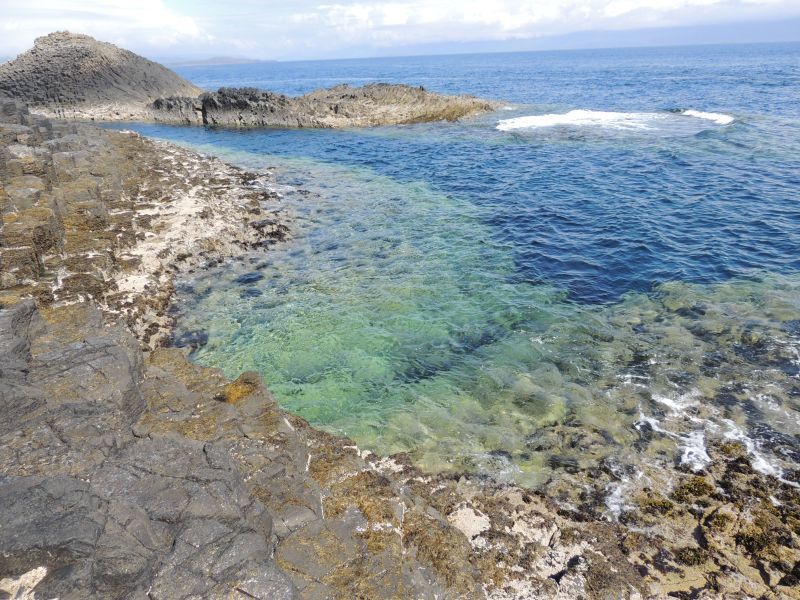 ... to his wife. She however was not very happy with it and made a present... 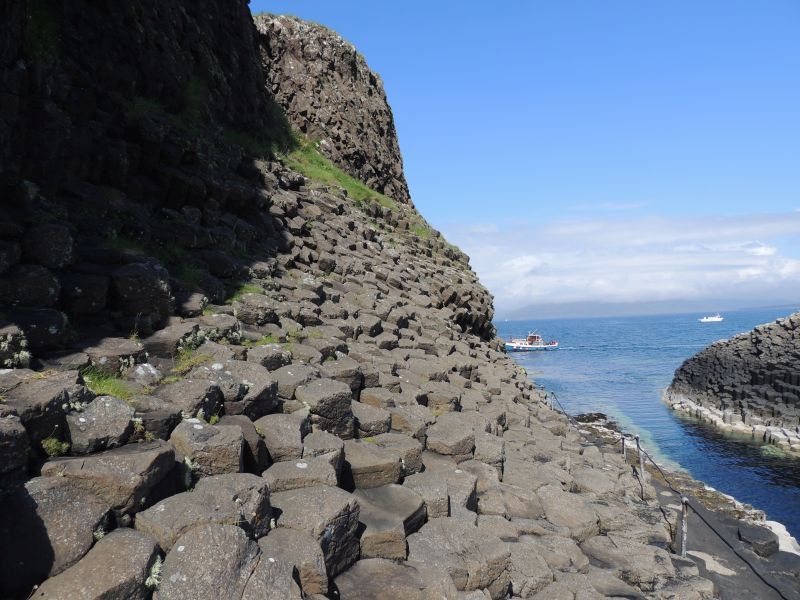 ... of Staffa to the Scots, or to be exact to the Trust for Scotland. 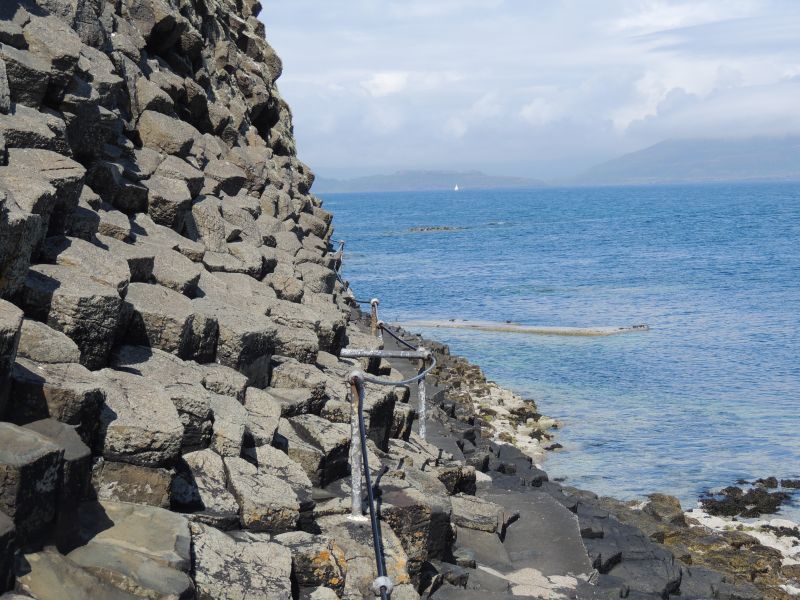 In the background the islands of Gometra and Ulva can be made out. 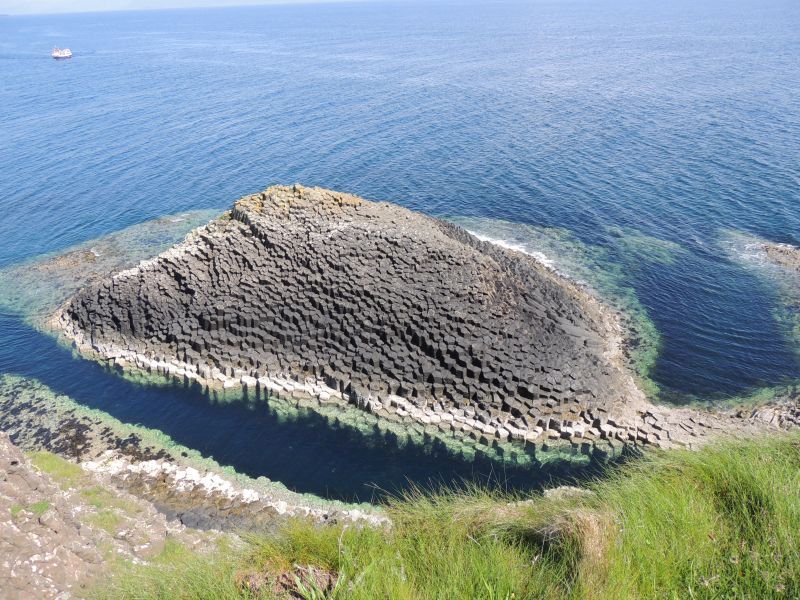 Only further up you can see and realize what a fantastic basalt-creation this is. 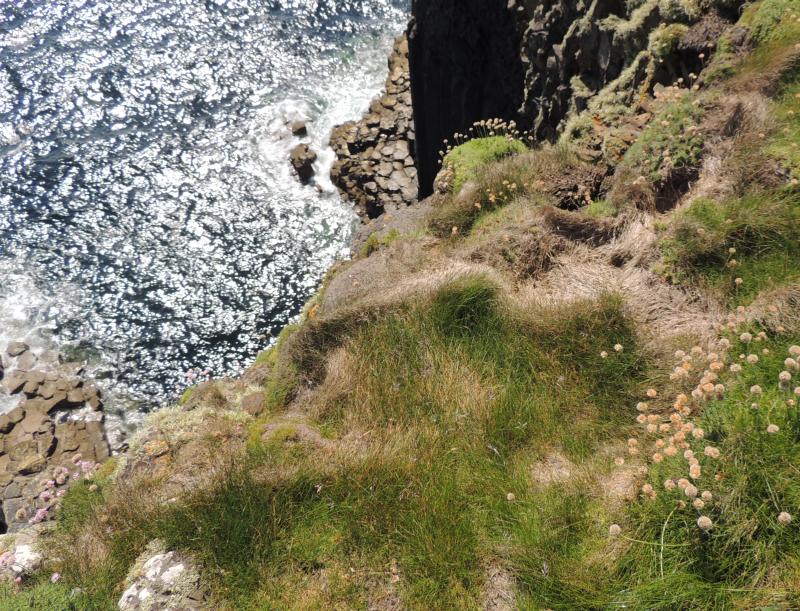 Take care, there is no railing! 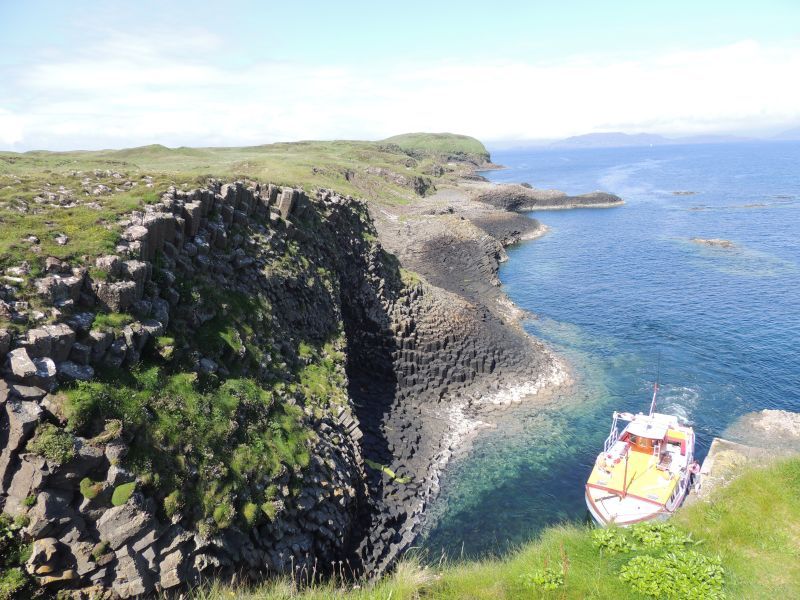 Down yonder the boat is waiting for us. Back we go. 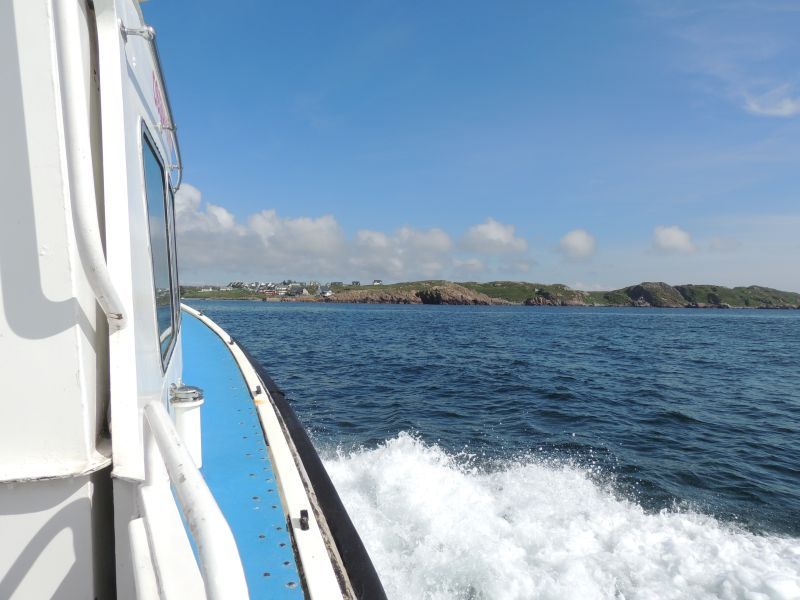 Soon Fionnphort is in sight again.