We decide to return via Shiel Bridge along Loch Duich. At first the route seems to be a good choice.

Close to Shiel Bridge - at Ratagan - the view from the parking lot is overwhelming and we make a break.

We pass the waterfalls and then meet a sign. I'm very much afraid that now there is no other choice and this cup will not pass from me.

Right, okay, I'll give in. The weather is rotten and so there are few visitors at this tourists' highlight. So we'll go to see the castle, also inside with overcharged entrance fee and all. 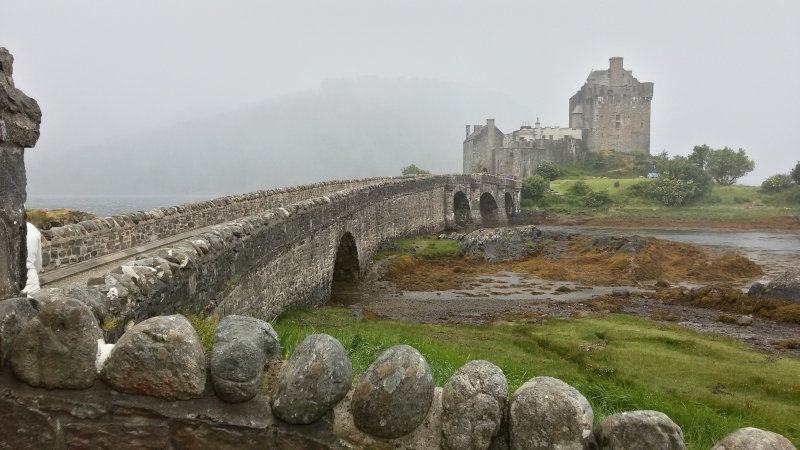 The rain increased and we wait a while until walking over to the castle. 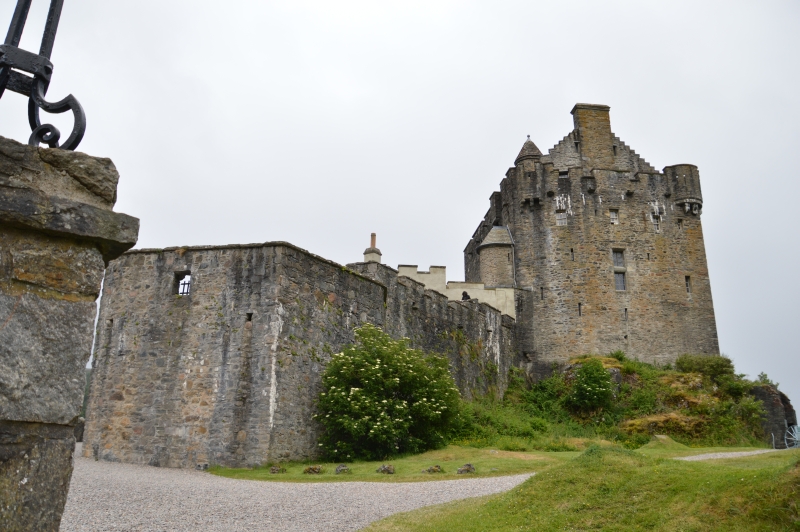 Eilean Donan Castle today is owned by the Conchra Foundation created by the Macrae clan and is used as a museum. 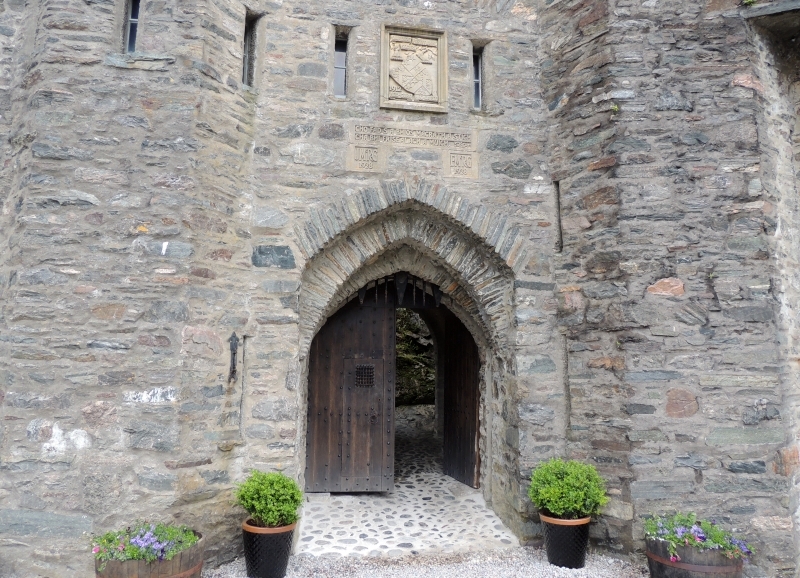 Now, this is the entrance to the Macrae's ancestral seat.

In April 1719, 300 soldiers under the command of George Keith, 10th Earl Marischal, landed at Loch Duich as part of the Spanish support of the Jacobites and occupied Eilean Donan Castle. Anyway, as the promised main support from Spain failed to appear, the expected revolt of the Jacobite Highlanders did not take place. Subsequently, the Royal Navy sent three frigates to the region, reaching the castle by May 10th.

The Spanish soldiers shot with muscets at the negotiator who approached in a dinghi. On this the frigates openend the fire at the castle. The shooting lasted for one and a half day until a group from the frigates stormed the castle and took the 44 survivors as prisoners. Among the supplies found there were more than 300 barrels of gunpowder which were used to blast  Eilean Donan Castle.

Eilean Donan Castle was build around 1220 by Alexander II as defence against Viking raids.

Loch Alsh in the background. Eilean Dinan Castle at Loch Duich to the right.

In 1912 Lt. Col. John MacRae-Gilstrap bought the ruin and began with first restoration works. In this he was assisted by a local stone mason, Farquhar MacRae, who „claimed to have had a dream in which he saw, in the most vivid detail, exactly the way the castle originally looked“.

The complete restoration was performed between 1920 and 1932. Different to the original plans, the stone bridge for access was built as well as a war memorial for the soldiers of the Macrae clan killed in World War I.

Now and then the spirits of the past are looking through the castle windows...

...while in the kitchen, like centuries ago, everything is done for the support of the inhabitants of the castle.

This double bed is a few sizes too small for today's ideas of course...

After the death of MacRae-Gilstrap in 1937 the castle remained unihabited and was opened as museum to the public in 1955.

This castle is one of the most photographed motives in Scotland. More than 310,000 visitors are counted per year and thus take Eilean Donan Castle to the third rank as to castles visited in Scotland.

Ranking first of course at a long, lonely distance is Edinburgh Castle, followed by Braemar Castle.

We've seen enough now and it has been worth the visit after all. It will not be the last castle on this tour. Anyway, we will like the next one better, which is to come in a few days. Just wait and see.

After getting a few souvenirs from the castle shop we return across the stone pedestrian bridge. Back now over the Skye Bridge to Dunvegan. 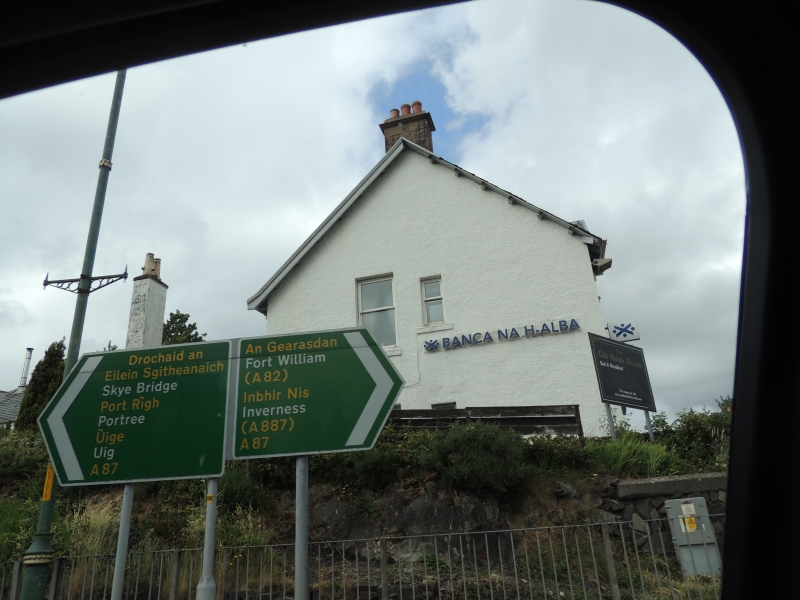