Lunga, of volcanic origin. Some time this island was inhabited. Somewhere around here the remains of a settlement are said to be, remains of a blockhouse, deserted in 1857. Today the puffins are living here. 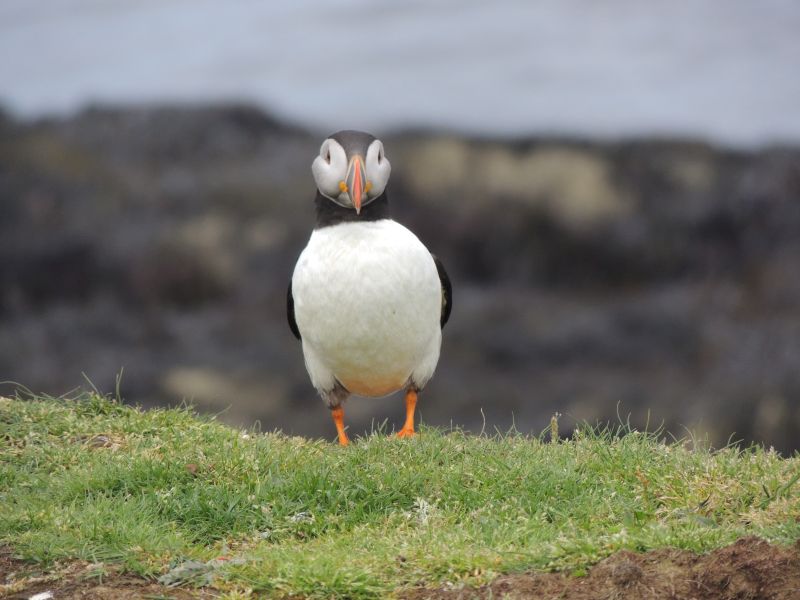 They are not penguins – actually they are plumed black and white….. 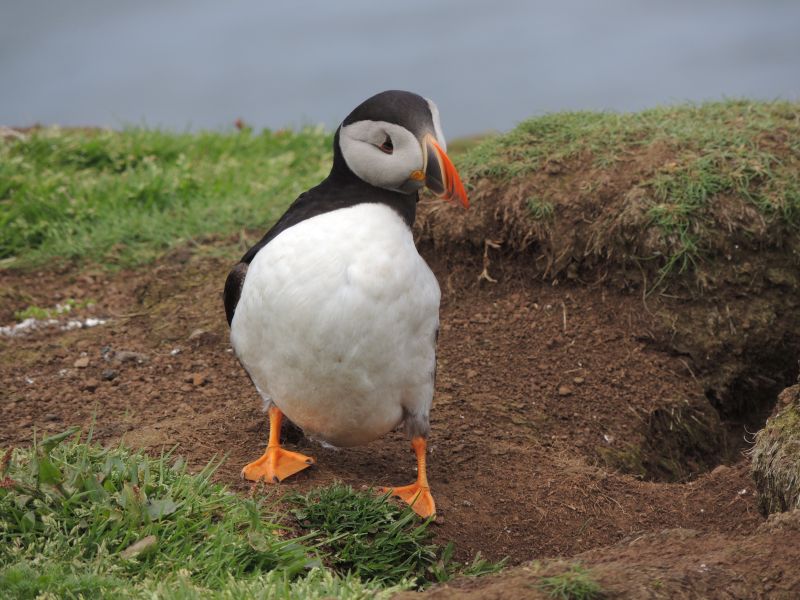 and walk as erect as the tailcoat-wearers... 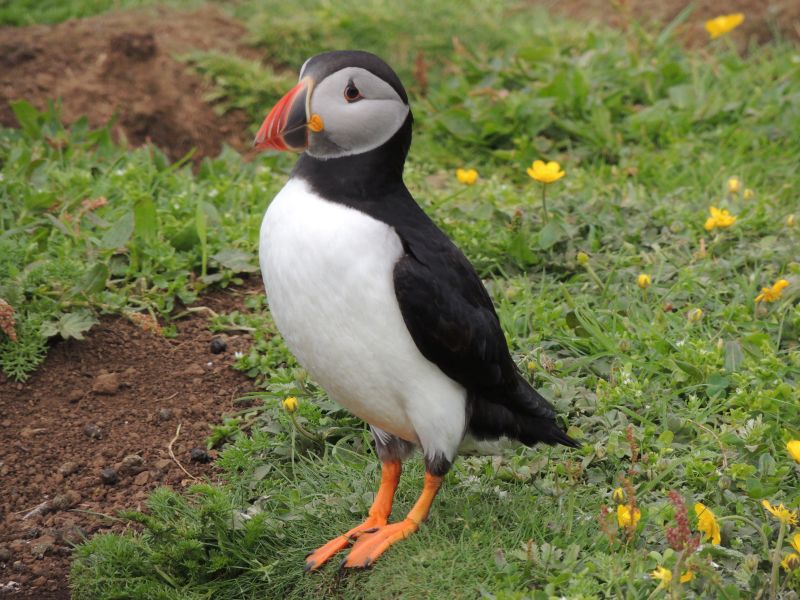 ...but their beaks remind rather of parrots.. 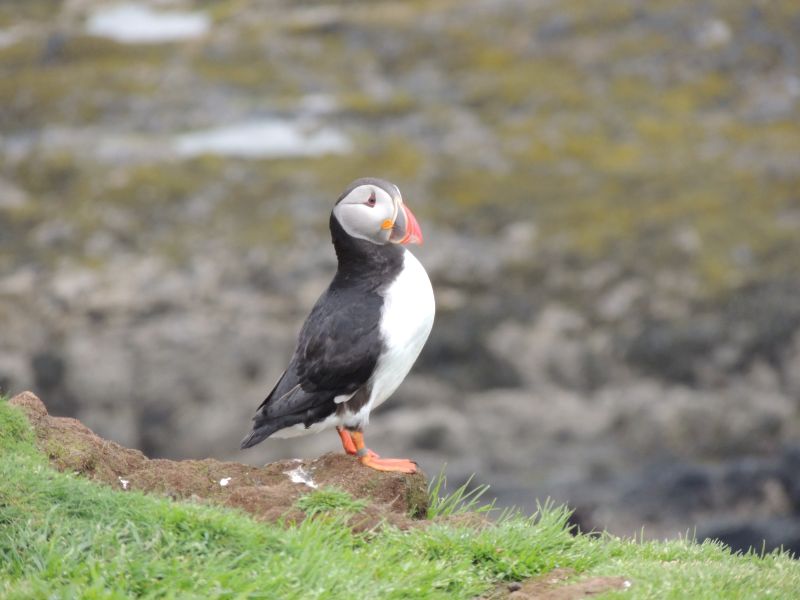 Due to that they have been nicknamed „sea-parrots“. 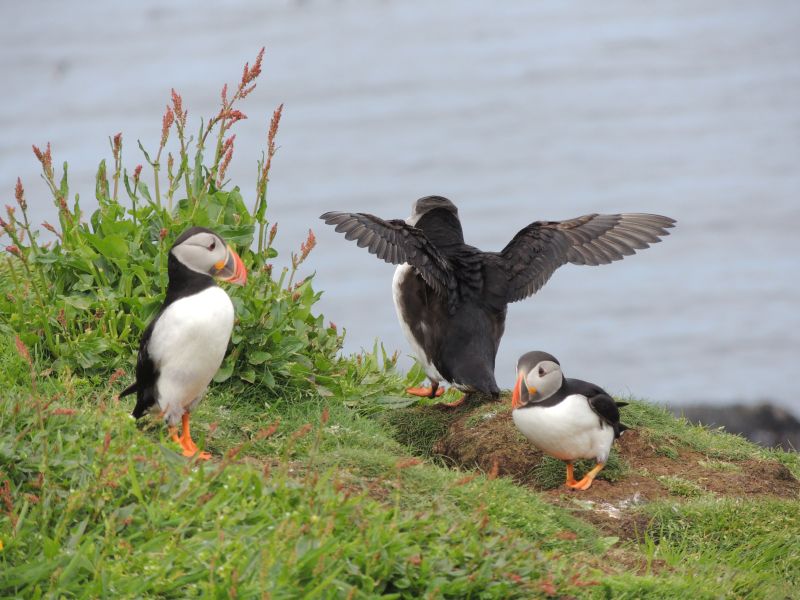 They can be found in the Northern Atlantic as well as in the western Artic Ocean. 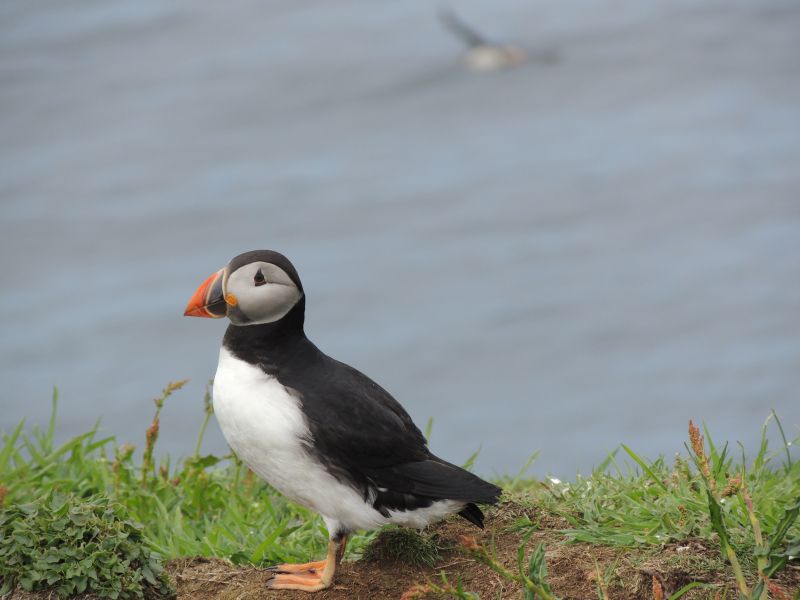 Puffins are breeding in burrows and on cliff 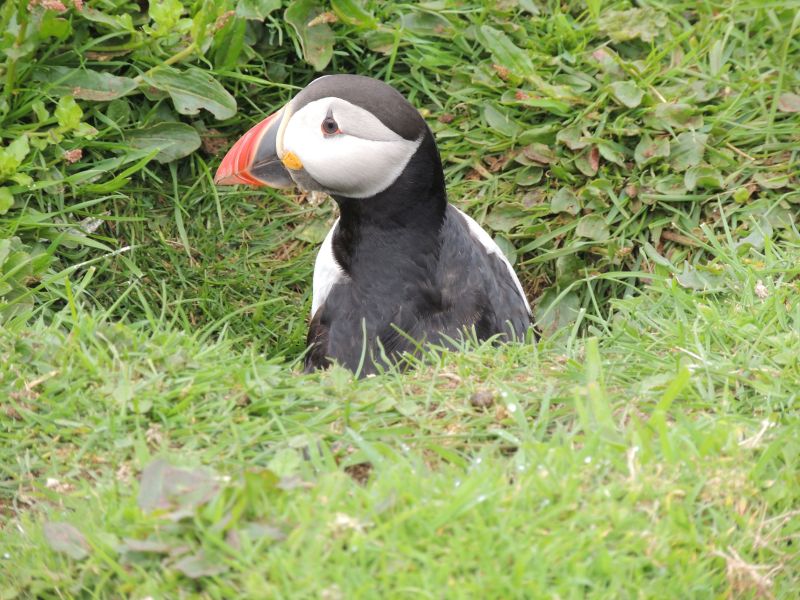 They prefer fish, crabs, and molluscs. 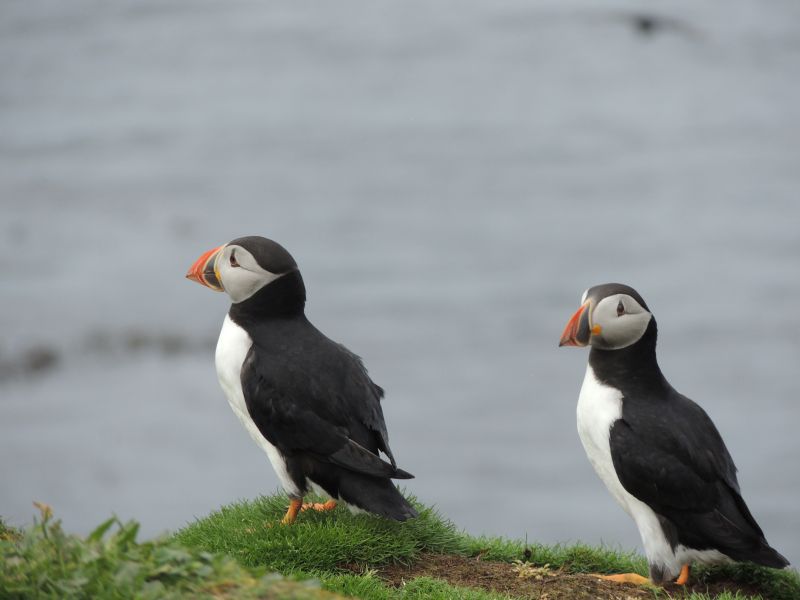 Cats and ermines are their enemies. 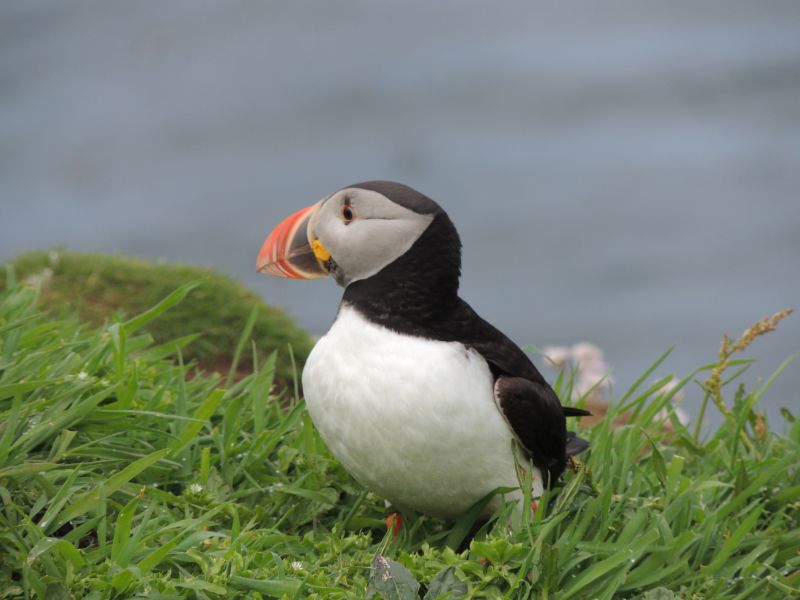 The birds reach an age of up to 30 years. 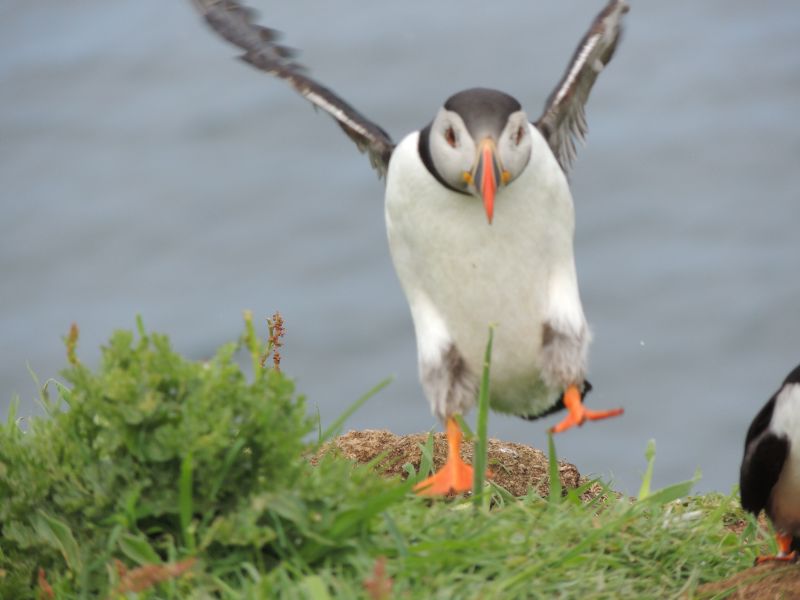 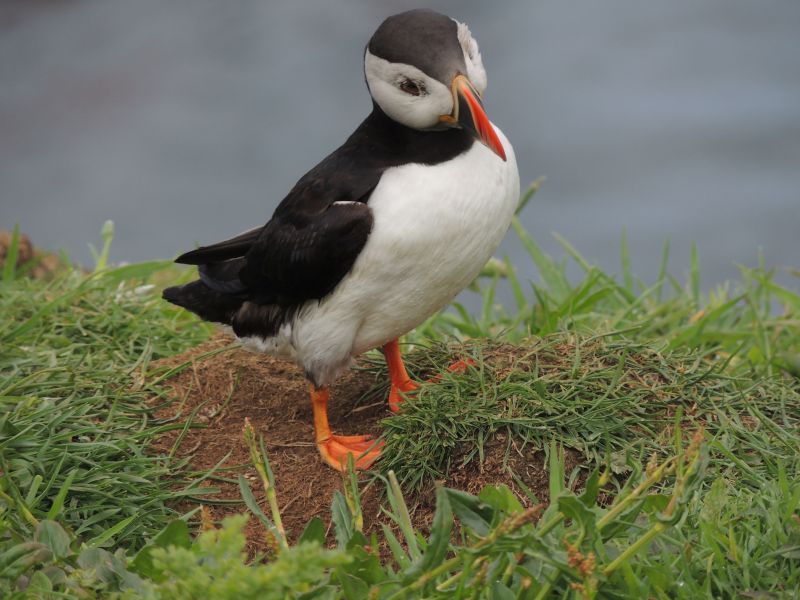 Down to 60 metres such a bird can dive under water. 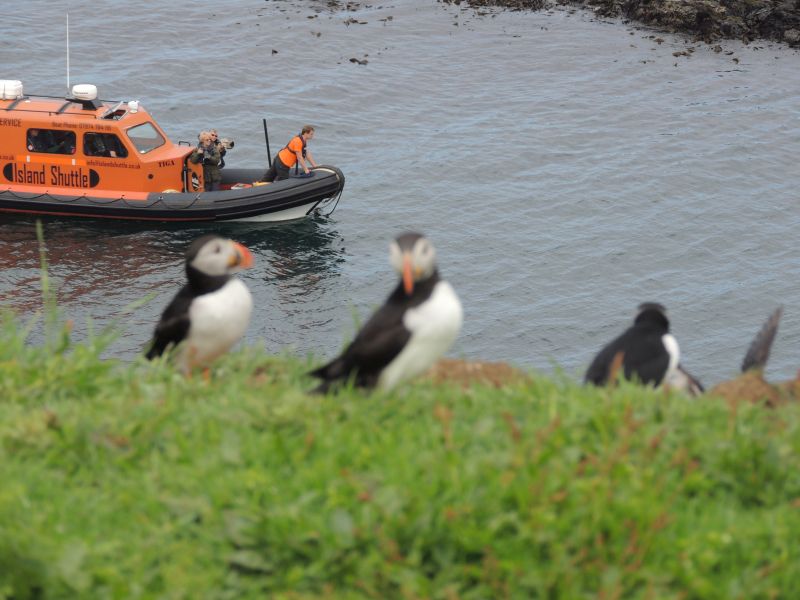 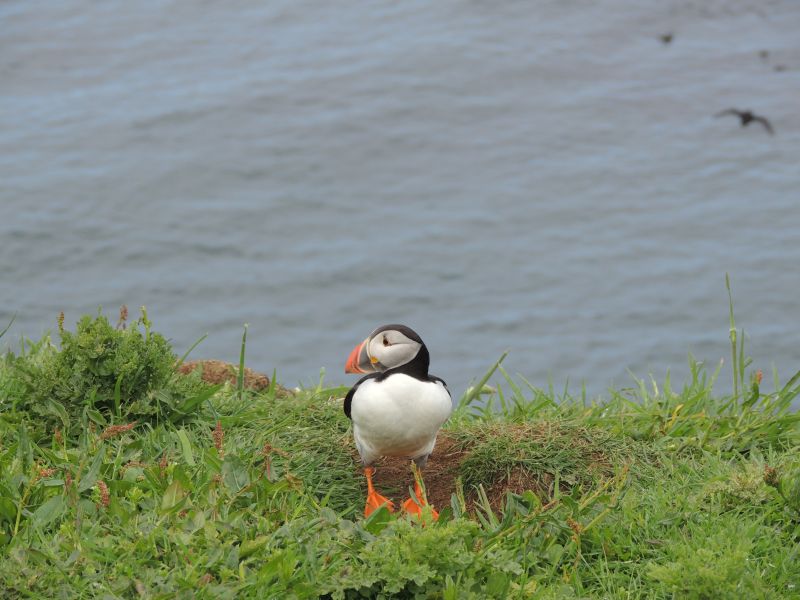 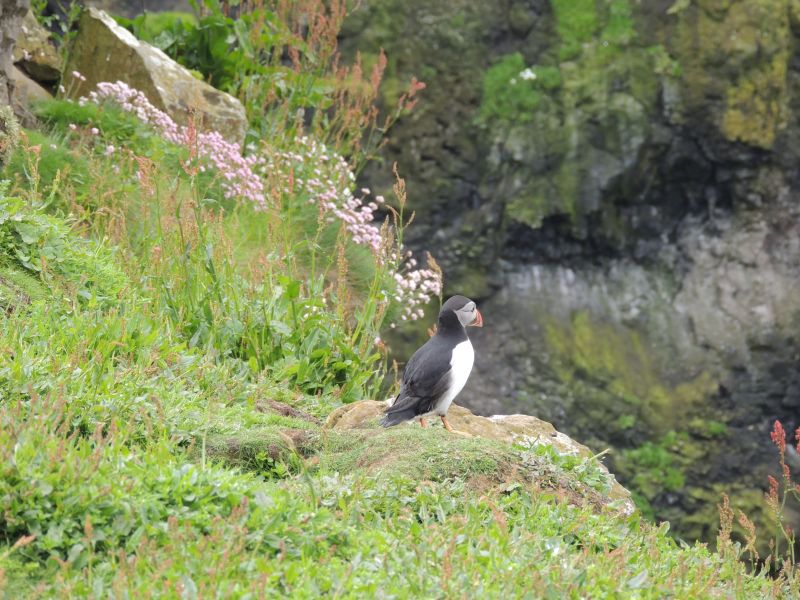 It is the official bird of Canadian Counties of Newfoundland and Labrador. 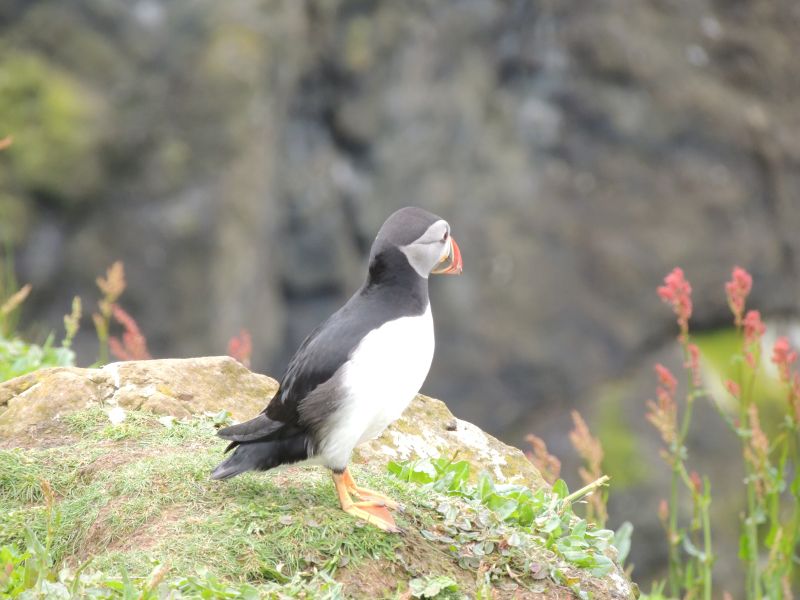 During winter the beak gets a grey-brown colour. 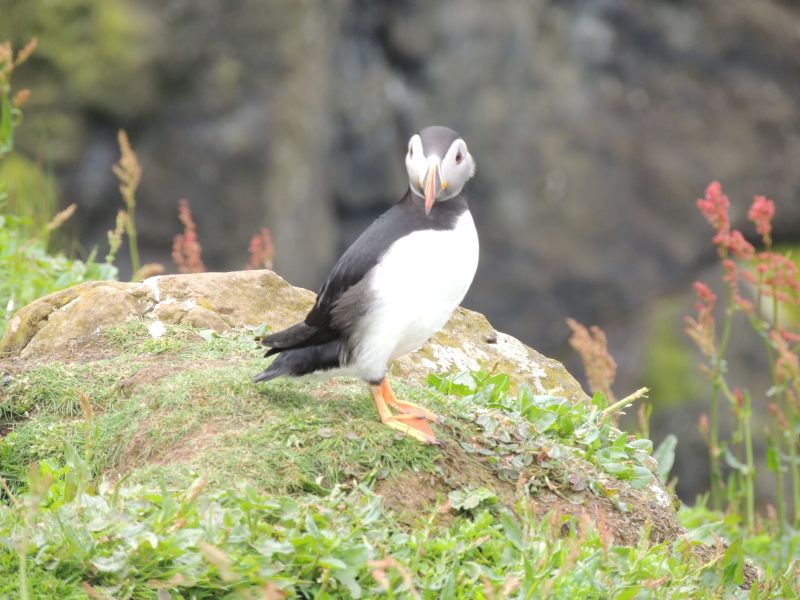