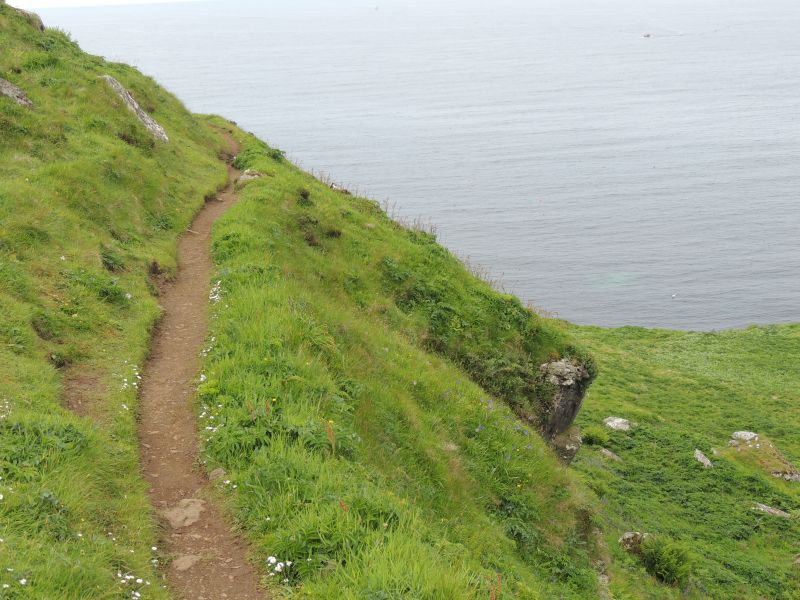 For the time being the puffin is ranking as of last concern. 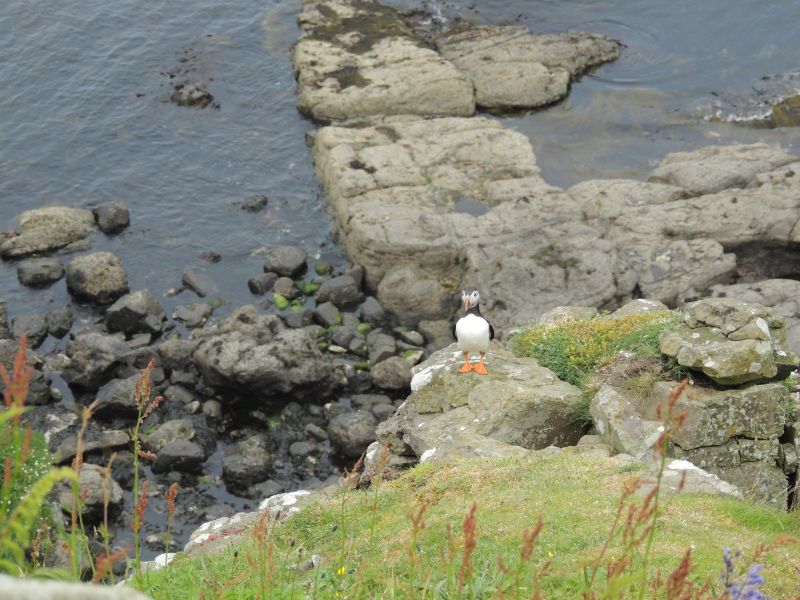 The population in Europe is estimated to more than 7 million pairs.

However, the population is varying at lot. 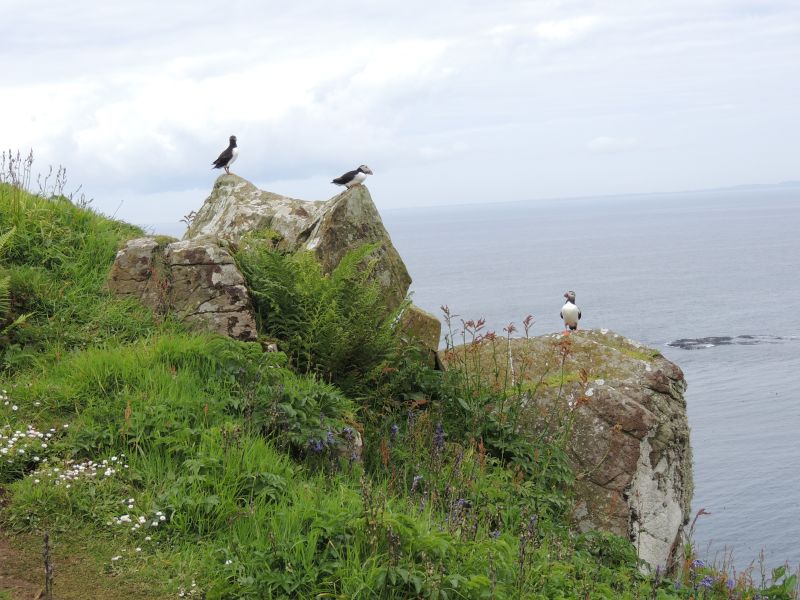 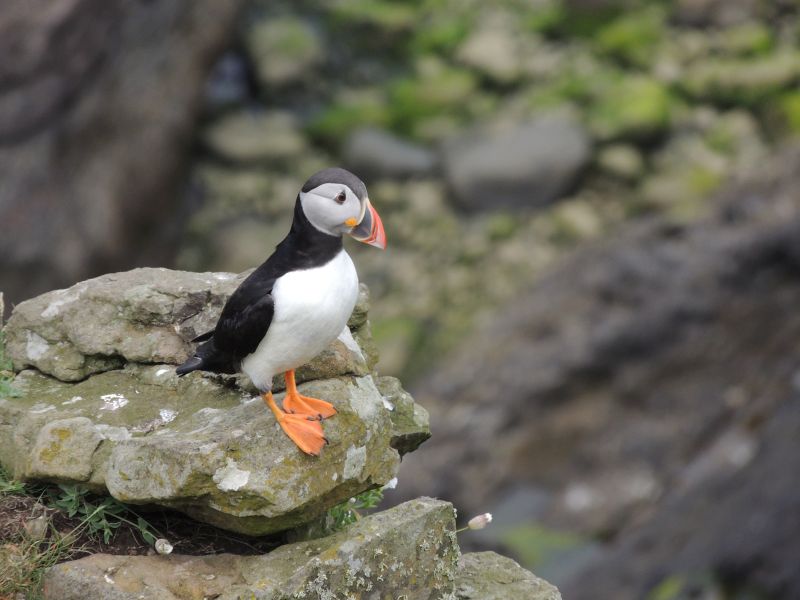 seems to be the reason.

Both partners have an equal share in breeding and feeding. 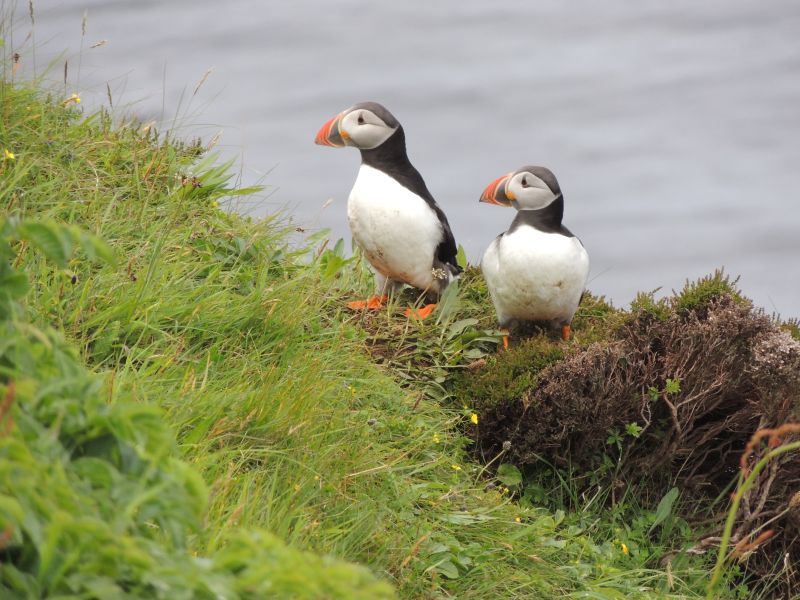 'Nothing but' a cormorant… 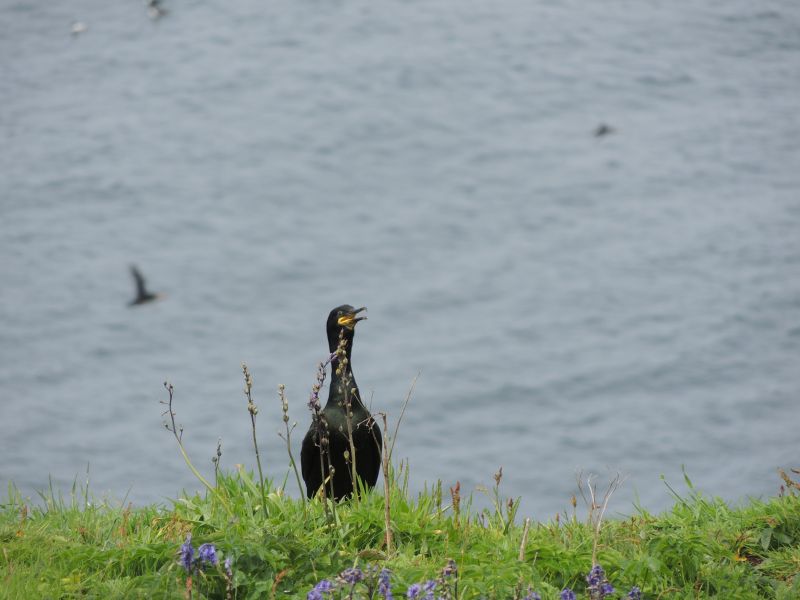 The food is presented to the nestling… 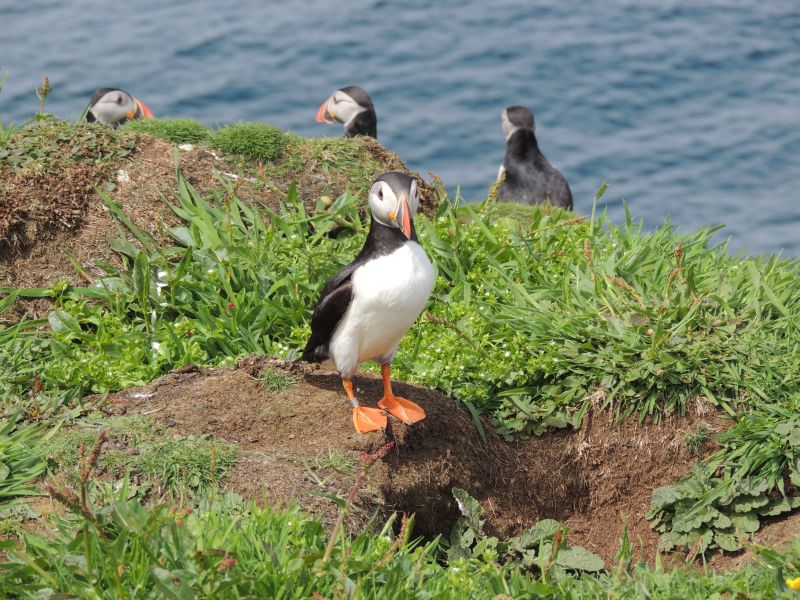 …or dropped into the nesting hole. 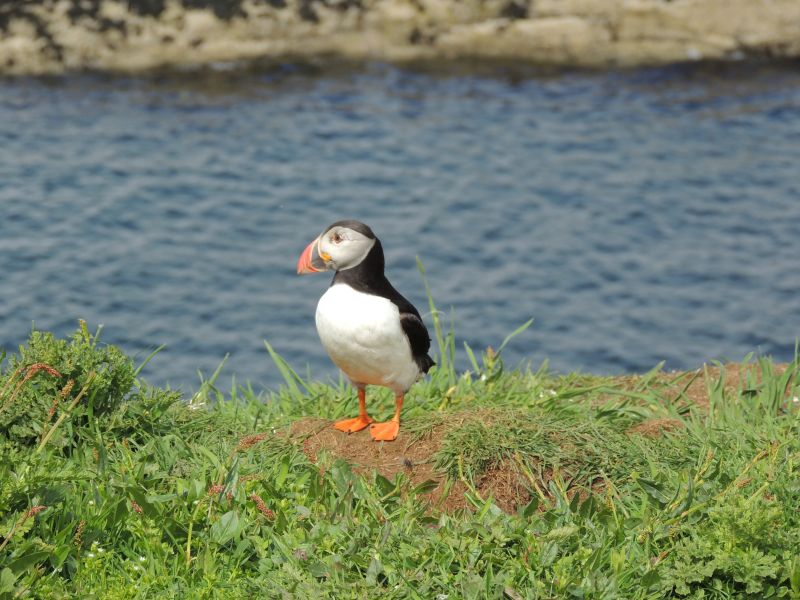 Depending on the feeding the fledglings leave the nest after 35 to 55 days. 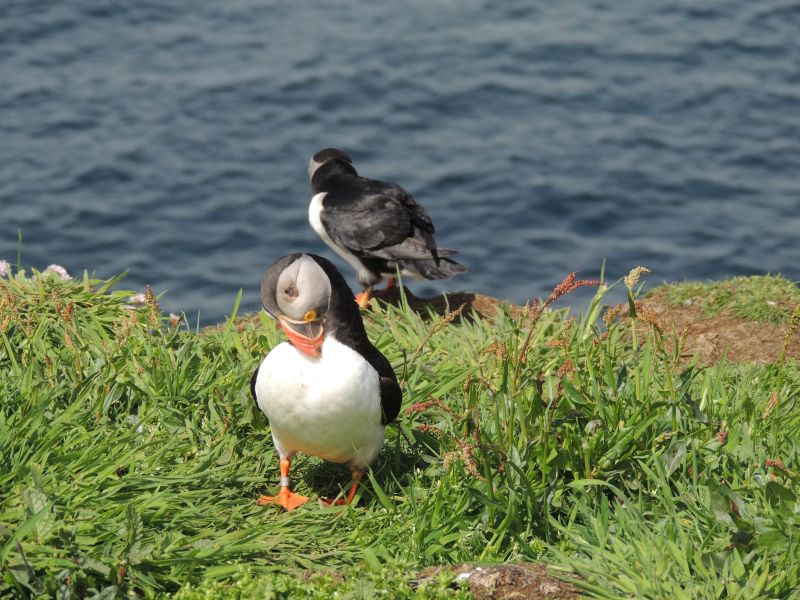 One clutch holds but one egg, the breeding time comes up to 38 days. 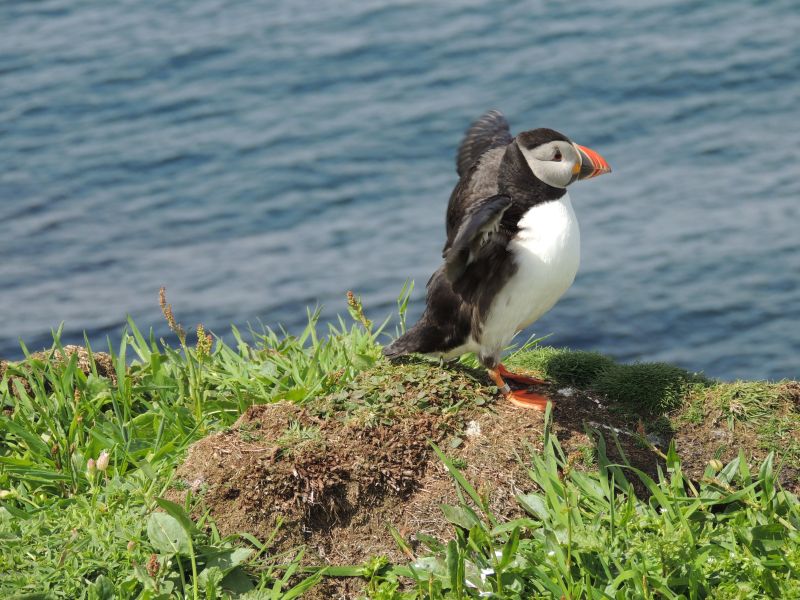 At night young puffins ‚train‘ how to fly before setting out to sea. 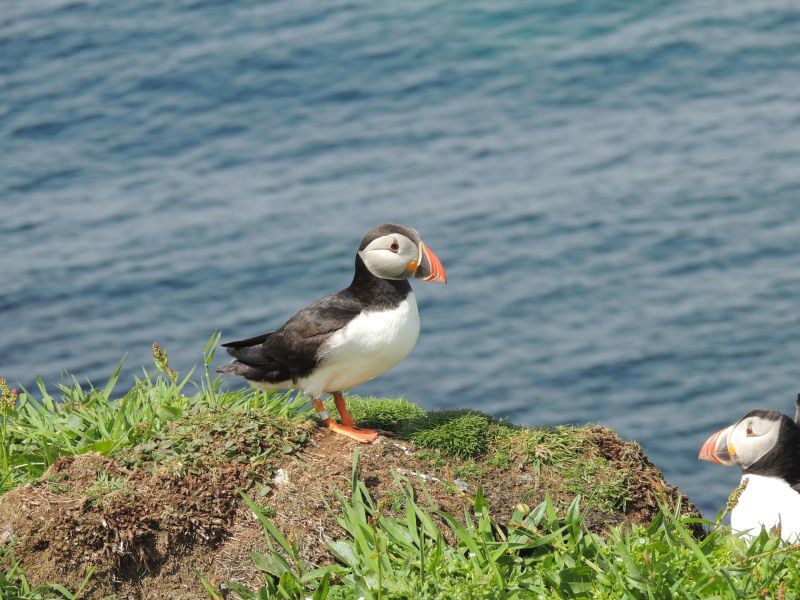 As soon as the sea is reached, the young birds swim out on their own. 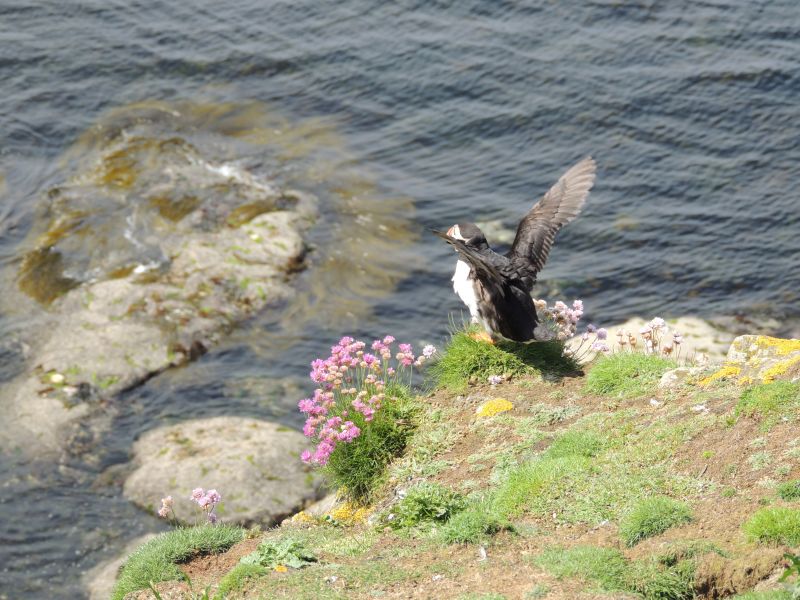 They do no return to the colony. 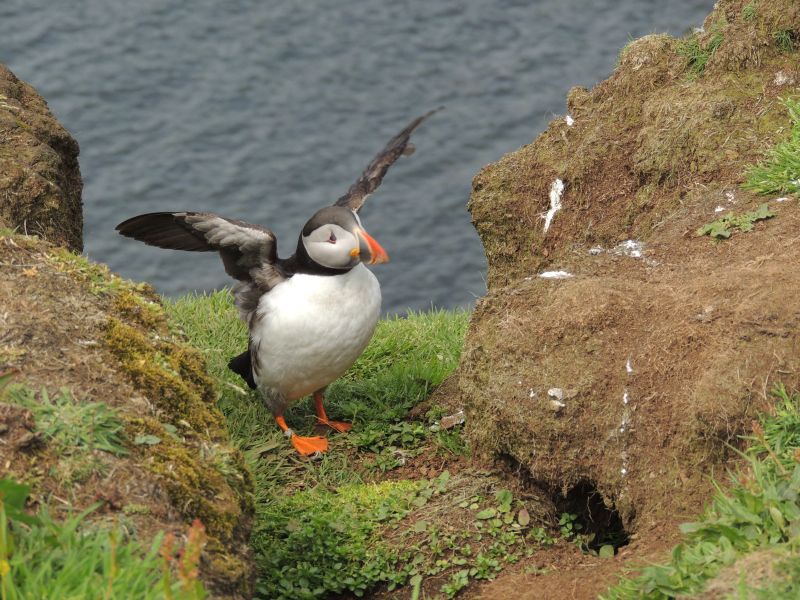 The adults however do return to the colony for 2-3 weeks. 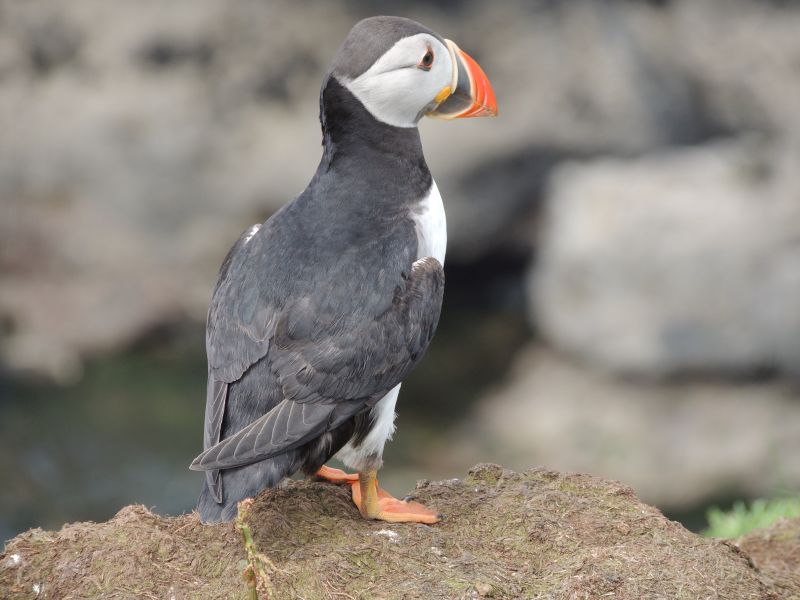 You may approach the puffins and their breeding holes. 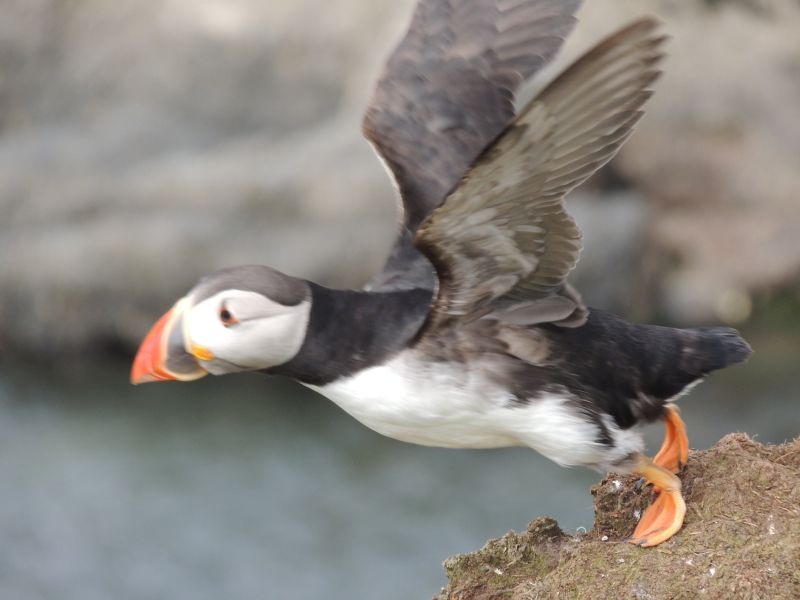 Only if you come too close to the nests, they will attack. 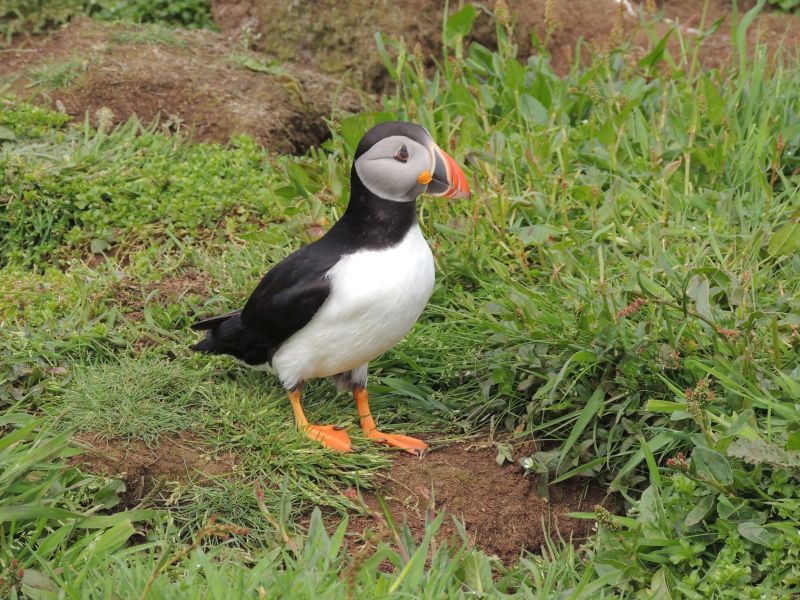 Birds banded in northern Scotland were mostly found in the northern Atlantic and the North Sea.

Birds from Iceland however are only found at the coasts of Newfoundland. 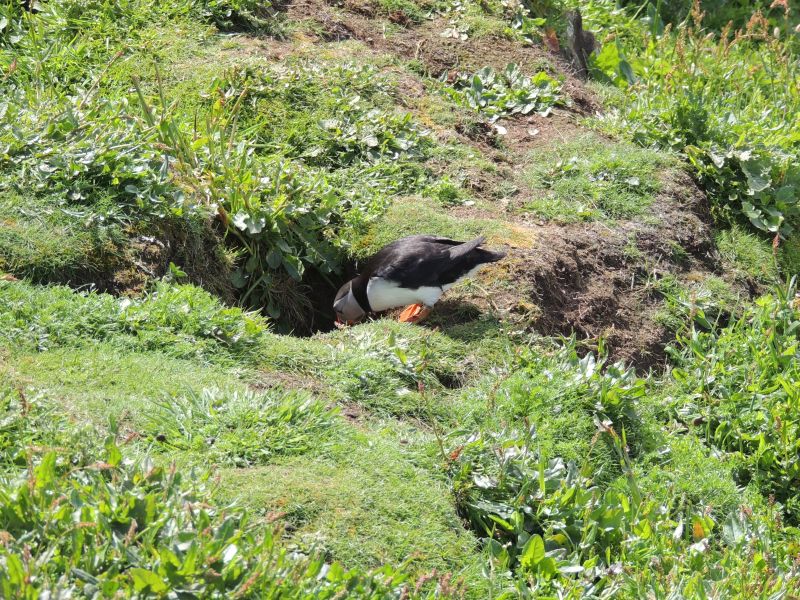 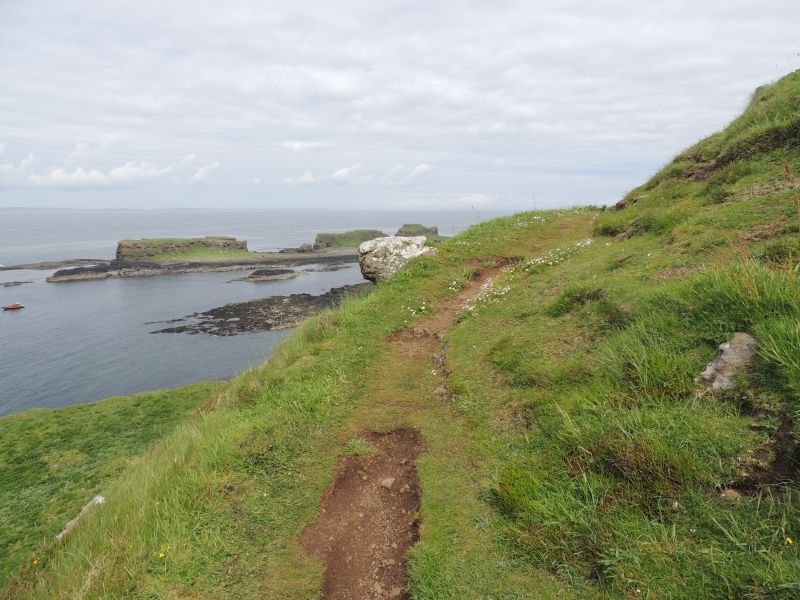 In the distance the boat is already waiting for us to take us back. 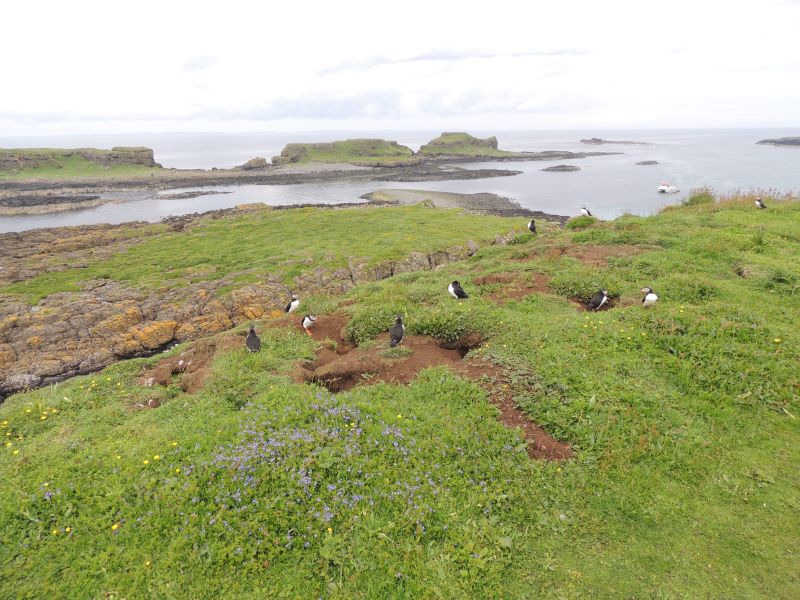