John o' Groats and Faraid Head quarrel which one is further north. Actually Faraid Head is 2 kilometres more northern, on the other hand John o' Groats is a town after all. By the way, the name is said to be that of a Dutchman who several hundred years ago was given the ferry-rights to the Orkneys. 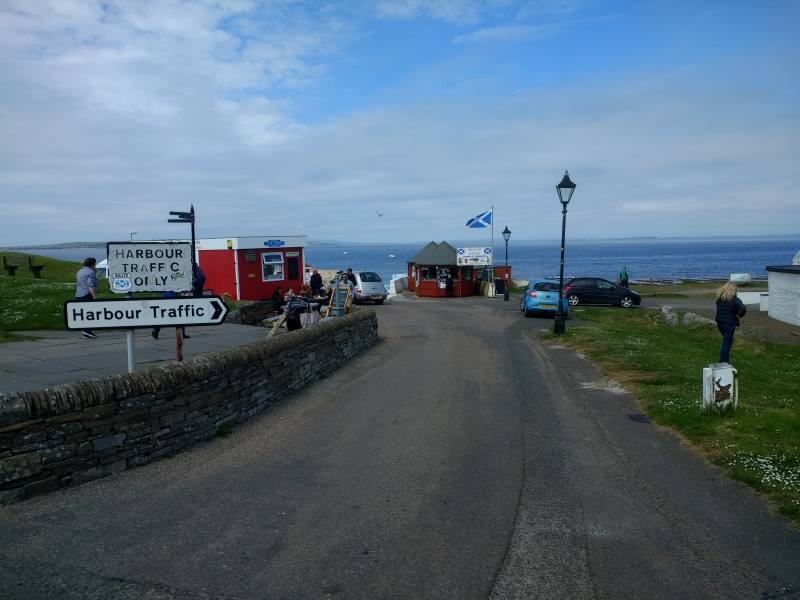 Warm and sunny as so often in Scotland. Today there's quite a bustle because a biker meeting is taking place. 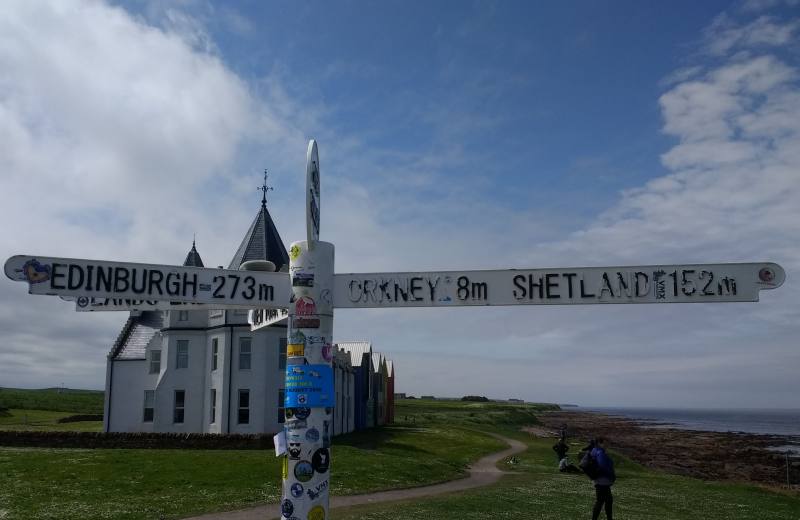 We however want to go to Duncansby Head today, the most northeastern point of Scotland, just the end of the road. The unavoidable lighthouse is there of course, built almost 100 years ago. But much more fascinating are the rugged cliffs, rock formations like the Duncansby Stacks, protruding from the sea like giant rock needles. And, most important, if puffins are there, they are here. 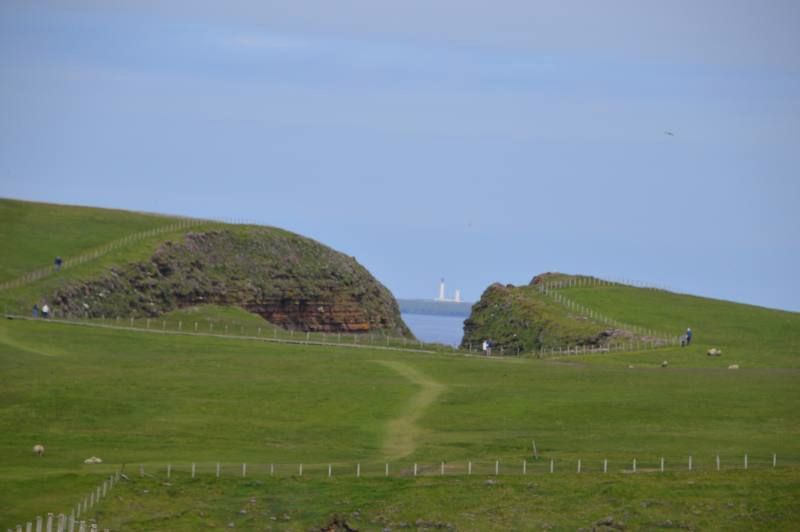 Across a high plain which much cotton-grass and lots of sheep. Someone looking for loneliness and nature cannot be better served. We walk close to an abyss. Thousands of birds are nesting here, first of all loudly shrieking seagulls, but Martina hears something else. Indeed, some puffins found their way here. They make our day! 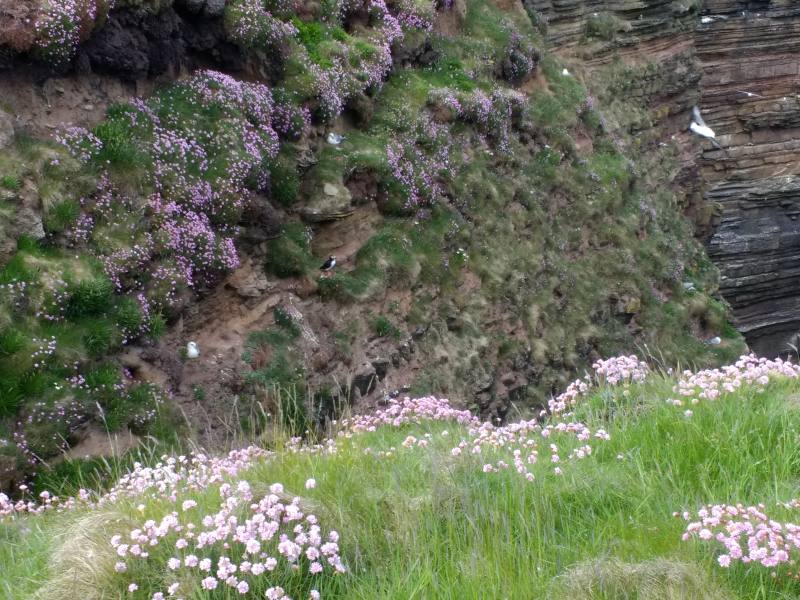 Up to now the birdies nowhere could be found and Martina worried a lot. 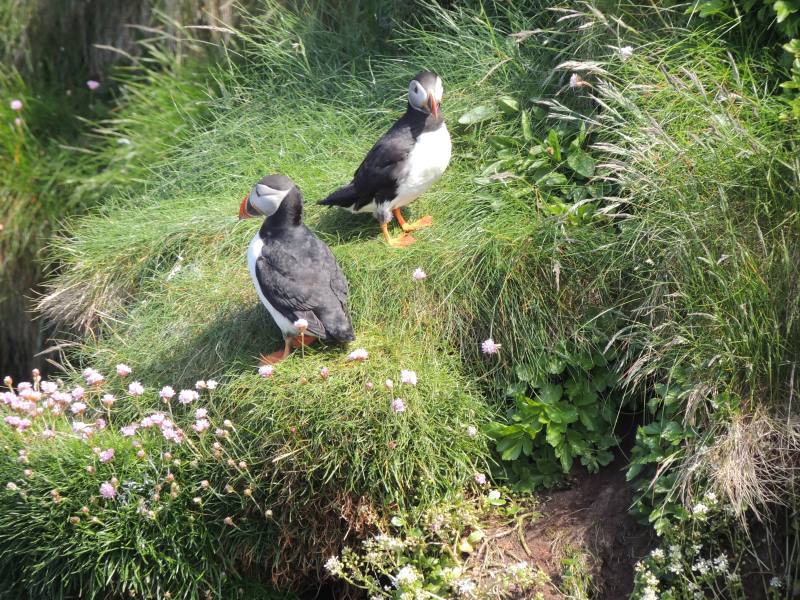 Probably the rest of the clan just remained on the ocean... 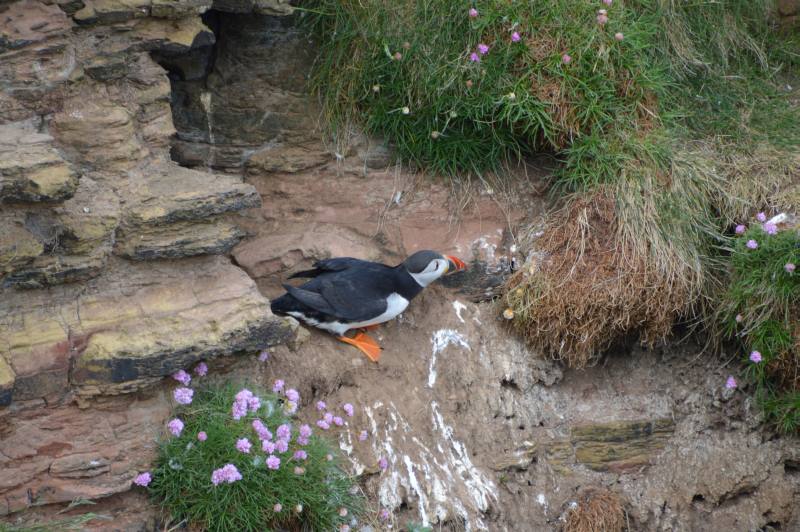 ...because for the next days a hurricane is expected here. 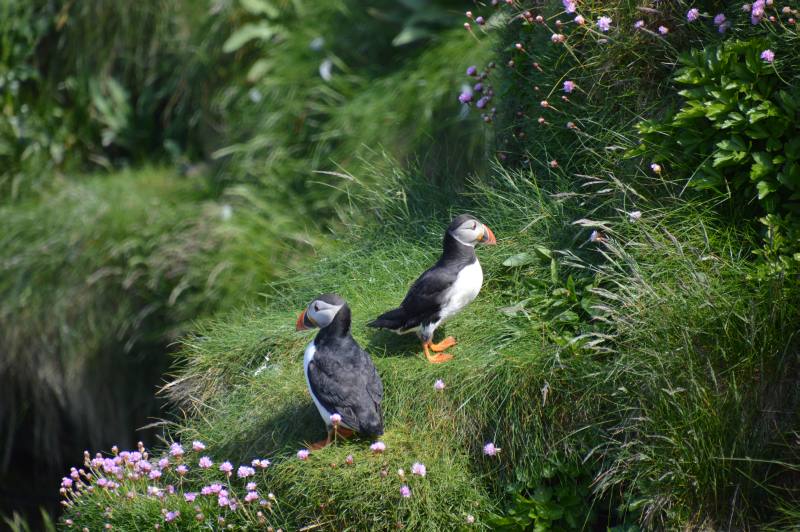 About one mile further we find a dream view. Rocks like needles growing out of the water. 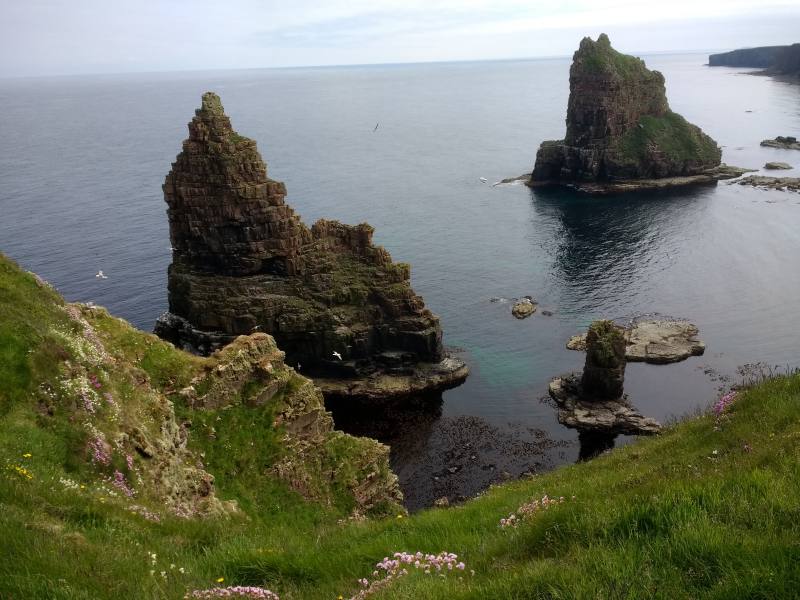 We can hardly see our fill. 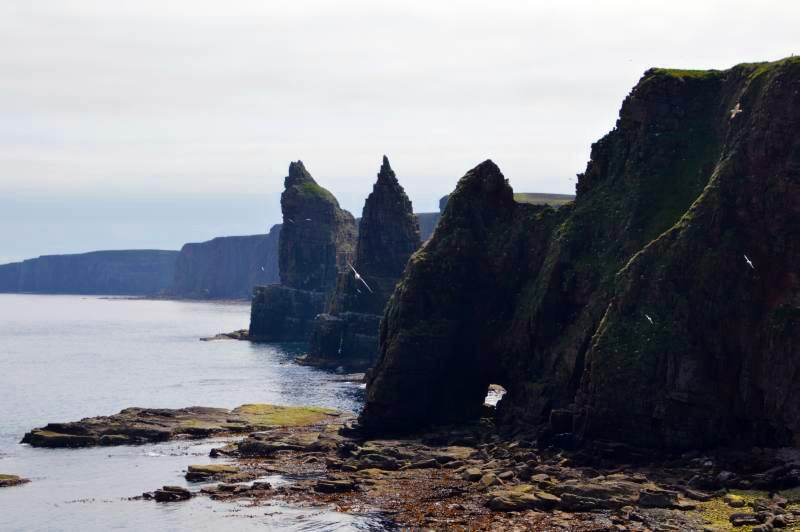 One certainly could descend here - with suitable shoes. 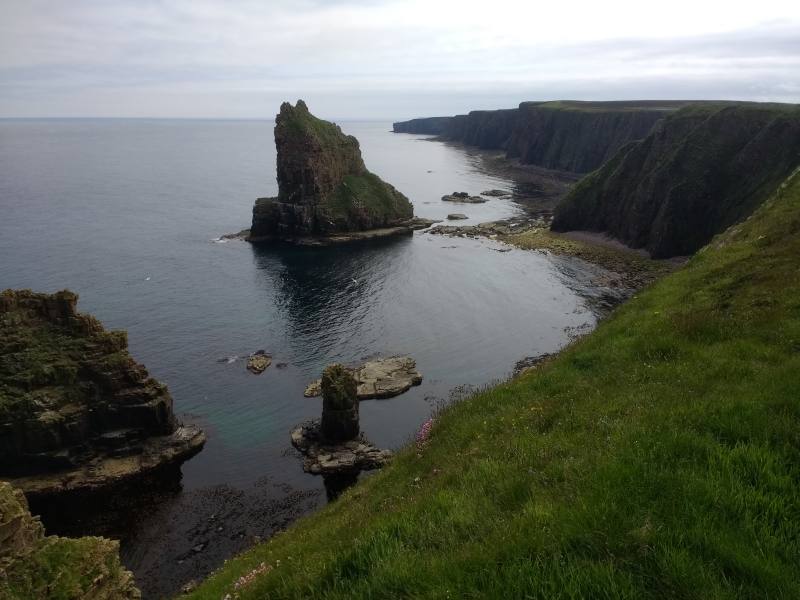 The lighthouse of Duncansby Head is a bit of a disappointment. It looks quite unremarkable compared to the one at Cape Wrath and we can't get closer than 50 metres to the building. 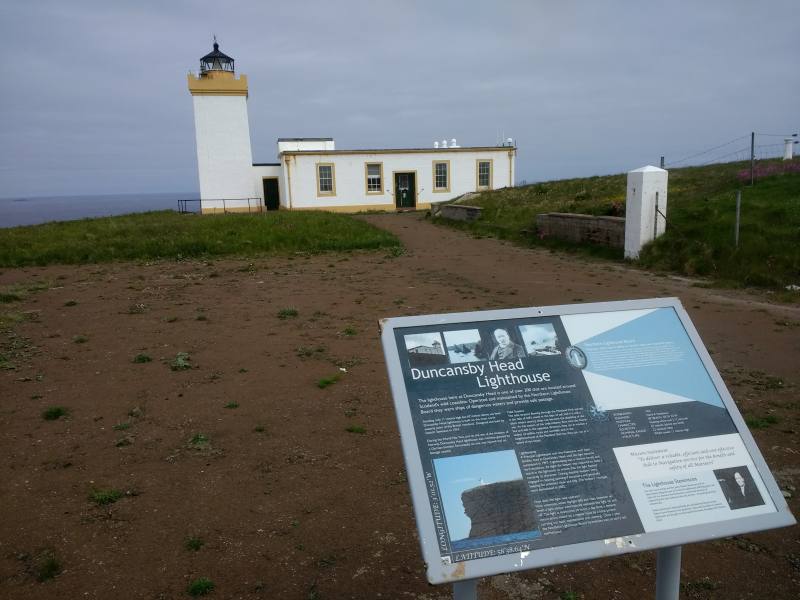 So we make a retreat and look forward to some ice cream at a John o'Groats shop. 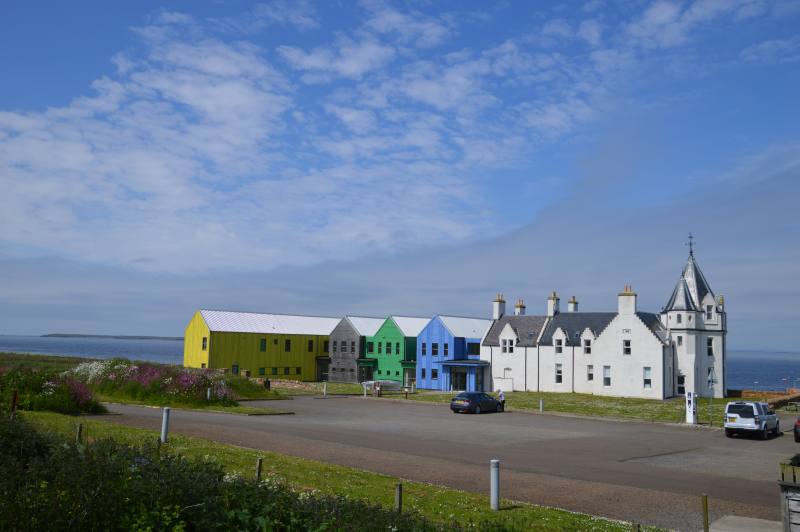