Harry Potter and the Local Hero

The sky is overcast, it drizzles. A hughe bird arises frightened into the air, a flock of 20-25 crows disappeared and the sheeps lift their heads sleepy as are moving this early morning over a hidden path direction west coast.


The clouds fly deeply at the gray heaven, continuous rains has began and melancholy lies over the mountains. Shortly before Fort William we follow the bend towards the A830, the rain relaxes short-term and we drive through Corpach. 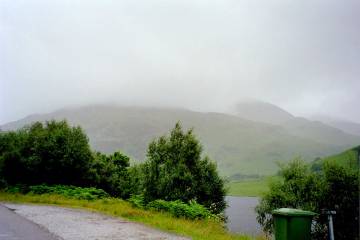 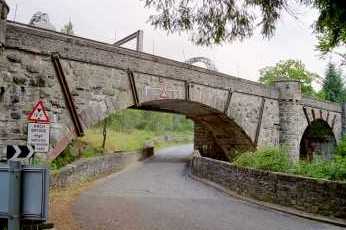 Industrial plants, a boring distance follows, Loch Eil comes in view. We happen Fassfern, the landscape becomes fascinating, really 'scottish', even if rains and mists hinders the view on to the mountains.

To the left emerges Loch Shiel, a 'Rumple Strip' forces us, to drive more slowly.

The track accompanies us from here through the breathtaking landscape.

We come to a place, which reminds us simulaneously at the film 'Local Hero'. This could be the place out of the film the rabbit was hurted by a car.


High, steep rocks, from which now and then waterfalls come out onto the street - we feel rather small. Further we go along the Loch, a railway leads at the left side further, while we are driving on the other side of the Loch. 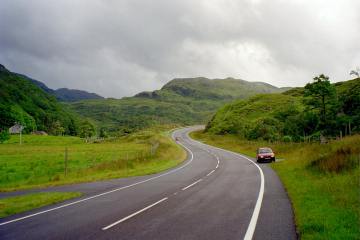 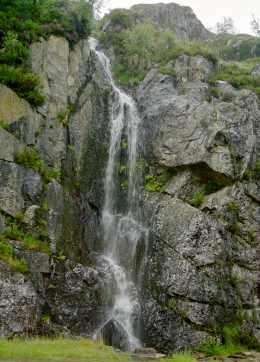 At the end of the Loch the railway crosses again our way, via an old stonebridge it crosses over the street away to the other side.

Gigantic walls of rocks, which lead us like signs, an old bridge, then reach we the sea.

Knobby trees greet us, to trickle peat appears from the rock and we find ourselves suddenly on an unique Single Track. What now follows, is nothing is for weak nerves.

In serpents the way leads through a deep forest, cracked signs point to the many sharp bends, it goes up and down, and the street is infernally narrow partially.

Inbetween we meet again the railway. Shortly on it can suspected only, that she proceed now on the bridges, under which we pass through. We reach happily Arisaig and the sea finally. 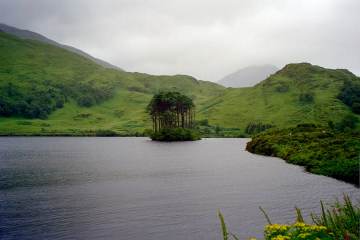 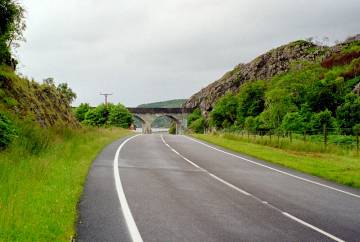 To our surprise the street is expanded here newly amounting to multiple tracks.
In the meager area on the left and on the right we see many new plants. Then we reach Morar and of course we are sure to reached our final destination.

We ask an old Scotsman about the making of the film 'Local Hero'. Actually, at the bay were taken a few parts of the film, however the pertinent houses were built only for the film, with the exception of some on the east coast.

The famous church indeed is for many years privately owned and is found closely Lochailort, we learn further.

Too bad, but we take first times our next goal in the visor, the departure the 'Hogwart-Express' in Mullaig. It is not of course the genuine steamtrain, which we saw in the Harry Potter films, but the cars are genuine. 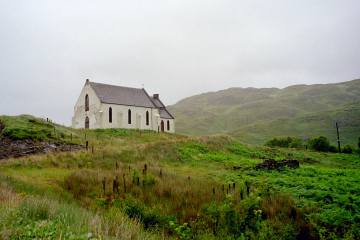 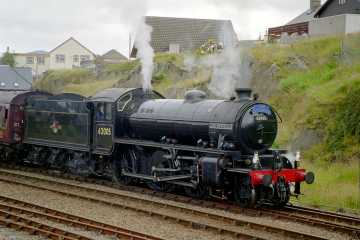 The steamtrain of course is the 'Jacobite, the lord of the Isles'. The total excursion of Mullaig to fort William is 42 miles long and lasts about 2 hours.

An adult pays for a simple excursion 18,50 Pds, a child 10 Pds, it is recommanded to book in advance. Transportation ist offered from middle June until the beginning of October.

The departure takes some time and we sit at the very beautiful, picturesque harbor of Mullaig and eat each one portion of chips.

It is picturesque beautifully here, by watching the large seaguls we forget about the time. The 'Hogwart-Express' has departed without us. We jump into the car and an nice chase begins. In no time we drive back the serpentines. 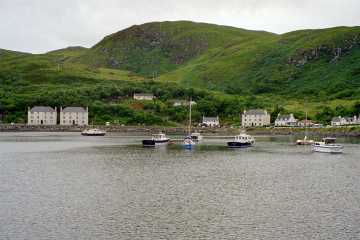 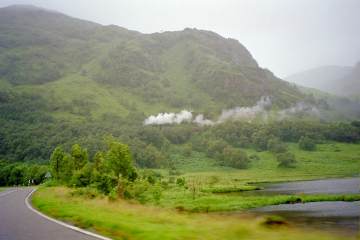 Shortly before Lochailort the train is for the first time aside us.


Suddenly the 'Local Hero' stops us: there she ist, the church out of the film. We have found her.


However the Hogward-Express appears now to be the winner of this race. We start the hunt again, the streets are empty and we can push the car.

We can smell him already, for he pulls lots of smoke behind him and then: behind Ranochan we overtake him finally.

Immediately we drive on the parking lot at Glenfinnan, climb over a fence while the rain ist still streaming and climb a slushy elevation. 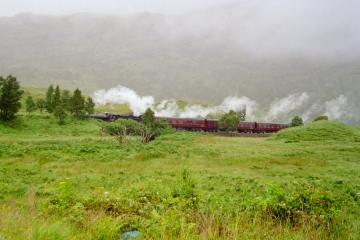 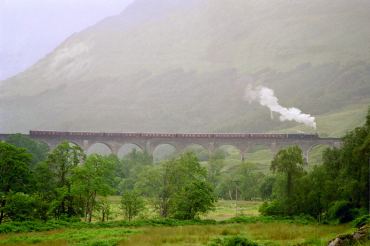 Then he comes steaming over the high viaduct, to which Harry Potter and Ron Weasley did their crazy Stunt with the Ford Anglia.


We have won the race!

Of course the film was taken from the other side of the viaduct, but that does not count at all. Feet and Clothes are wet and we drive home for this day.