Living on a Farm: Marienhof 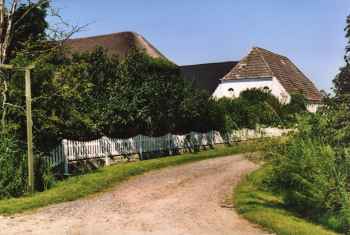 The children became taller and took over the command. Their demand was a vacation on a real farm. The search did not lasted long at all and our choice fell on the Marienhof, a small agricultural holding in dyke proximity. Meanwhile we have been there three times.

As a matter of course we usually took our favorite way to travel about Husum along the coast. A vacation should begin already with the start of the journey and we had good experiences with avoiding the motorway. We got therefore a semi-detached house for the next weeks next to the piggery. That sounds badly, however, it was no problem to us. Who does not have any idea of a vacation on the farm thinks only of stink and noise. In reality the most restful thing is a vacation on the farm. Even the hardest city-dwellers will notice after few hours that stable odour sniffs better a little than car exhaust fumes. For families with children a easy going is a rule during such a vacation.

Our children spent hours with observing the animals and studying their behaviour. Together with the two 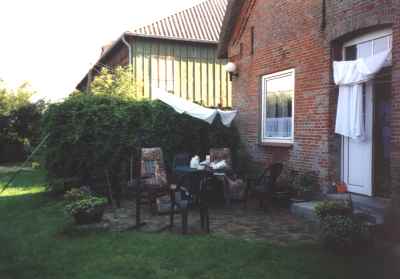 watchdogs, Christopher chased away for hours the poor chickens, Christina ventured onto a pony and considered fascinates the ducklings on the small pond near the agricultural holding. The best thing was of course the raging on the hayloft, a cable was at the roof beam attached and with swing we could reach from a hay bale on the other hand. Of course the raging held itself on the loft in boundaries, because here also some chickens bred. Who would like, can get freshly placed eggs to the breakfast. On the terrace also a grill was available, so also the most inexperienced self servicing craft 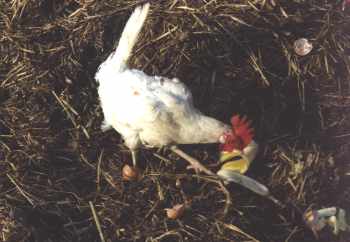 would come along with everything. The dyke, as already mentioned, was not far away and to achieve by walking in a few minutes. There is not beach here at all, however, it is a question of a shallows side. Who has problems with warts is correct exactly here. Christinas wart at the foot had disappeared after we had made some walks barefoot in the shallows. Our continuous companions were sheep and oyster fishermen. We stopped that one well to ourselves in respectful distance of these birds. Their red billing and their black on white plumage are 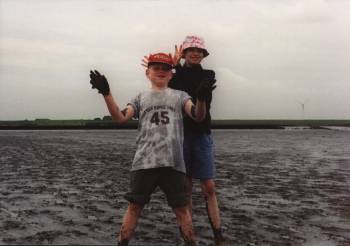 to be imposed. They often are indeed on the way in the summer months with their junior staff and everything, even the sheep, are sworn in loudly manner.

Who can not refuse on beach, that one can be helped. By car it is not far to reach the danish isle of Romo. After approximately more than one hour the beach experience can begin. Who was already once there knows this gigantic beach, the cars may go even to at the water provided that they do not stick. However, no worry, a few boys with jeeps and all-wheel drive earn their pocket money with getting stuck tourists again On the return path we found also the smallest border 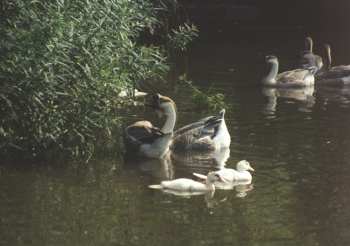 crossing of Denmark to Germany. As so often we took again our popular 'hidden roads' which one can have nevertheless some nice adventures. After a ride miles long on a single-trace dyke street we stood suddenly before a barrier - no customs officer far and wide. Self-service was announced, therefore we opened the bar with the hand and went without annoying passport check. Passage onto own danger !

It amazes us to today, that we were woken no only time of the crowing of the cock, however, the basis is presumably on the hand: at the healthy country air the sleep is just especially deep ! Anyway we were not 3 weeks again at home, than we had booked the same farm for the next year.

In the next year only little had changed when we again arrived at the Marienhof. Already since weeks the 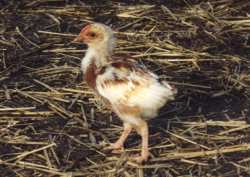 children spoke of nothing else and their joy was great, when they found everything as in the previous year. There were two new, small pigs which we called "Flecki and Goldi". Opposite to our apartment now there was a sand pile, so the kids went there for digging. Our neighbours, the chickens and geese, were separate through a small fence of us and that was quite well so, because each time if we brought food onto the dunghill we were besieged by the greedy chicken nation. Without fence we would have had them presumably in the living room. Also a little chick was there this time. Christina again wanted to ride on a pony. However, Mira was, so the pony was called, not particularly willing. No wonder, we 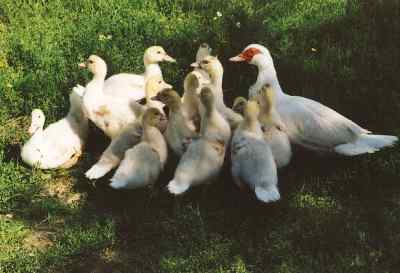 had disturbed it just near the food on the willow and Mira did not have to run any pleasure, but she began to graze again and again in between, therefore we let be it for today. Then we went onto the seaside where we found a small kiosk hidden behind the dunes, to get some ice-cream.

Of course an excursion to Romo again had to be made. This time, however, we had arrived, than just ebb was and that should have far-reaching results. The beach was well-visited on this day, however we found a calm place at this long beach fast and spent the day with swimming. Many cancers were on this day in the wate 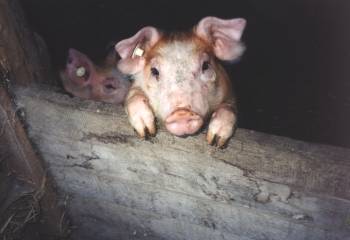 r and one had to pay attention, not to get in conflict with their scissors. We could observe also a few plaice and crabs. When we went back to the car after many hours, we were quite astonished: our car was not there! While we were still asking to ourselves, who would steal such an old car, Christopher saw a Mercedes which stood in the water while the owner 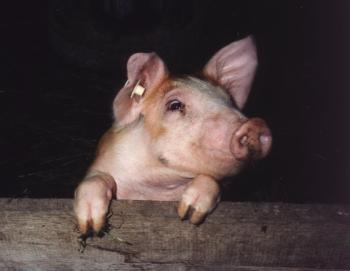 of that car was urgently driving it back to the beach. I had to laugh about that funny scenery. But however, when the car had driven off, he gave free the view on our car: about 50 meters off the beach our loyal Opel stood. Fast I waded through the water, got in and turned on the engine. To my relief I noticed, that the wheels did not race b 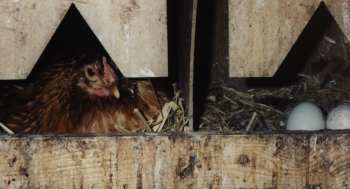 ut did drive and under the applause of the audience attending at the beach I got out of the water with the car. Amongst the audience at the beach, a woman took some picture with her camera and promised to send us outlets. She told that their husband works at the police and would find out our postal address by means of the car number easily. A few week later the pictures arrived. 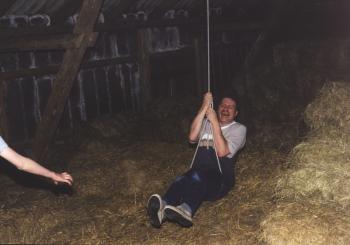 After finally having taken a detour about the harbour in order to bring a few fresh crabs, we were glad when we were again on the Marienhof. When we sat in the evening all together while having barcecue on the terraced garden and the sun slowly disappeared behind the dyke, the bats came out and circled around us. Also the owls which lived on the reverse side of the barn began with their "song". Unfortunately also these days passed much too fast, nevertheless already on our way home we decided: we will come back some day!